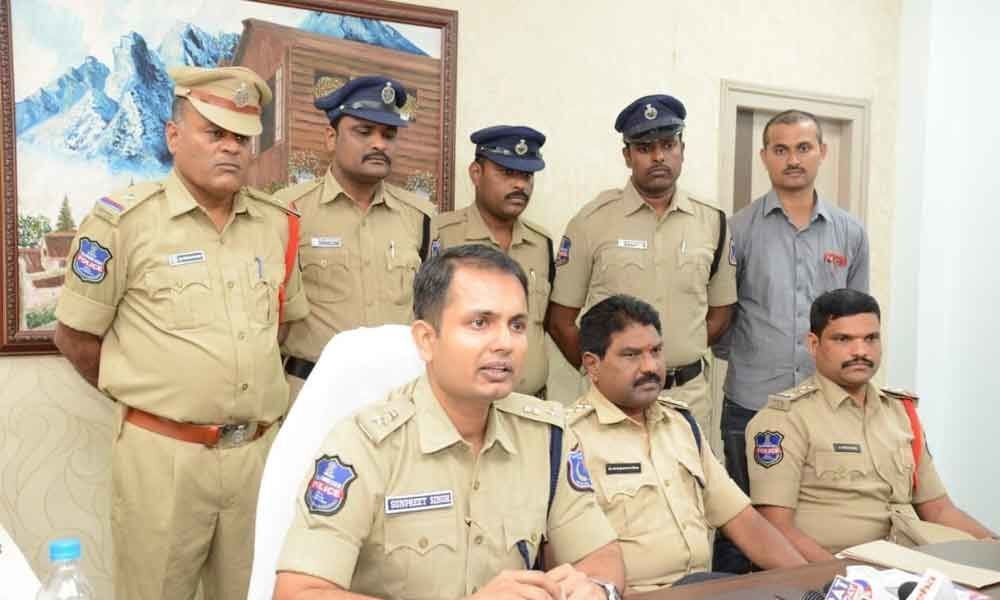 The police arrested one person who allegedly targets women, who are in an inebriated state, near toddy compounds and steals their belongings.

Hyderabad: The police arrested one person who allegedly targets women, who are in an inebriated state, near toddy compounds and steals their belongings.

The accused has been identified as M Gangya (34). The police recovered 98 gram gold ornaments, 100 gram silver ornaments and seized one auto and mobile phone, all worth Rs 6.10 lakh from the possession of the accused.

According to police, on August 24 at 11 am, the complainant M Lalitha boarded the accused's auto near toddy compound at Champapet.

The accused made her drink toddy while on the way to her destination. As the complainant was drowsy, he committed theft of her gold ornaments and some net cash from her purse and fled away.

The same was noticed by her later. Based on the complainant a case was registered under 420, 379 IPC.

Vanasthalipuram Police identified the auto of the accused through CCTV cameras and nabbed him at Karmanghat X Roads on Thursday.