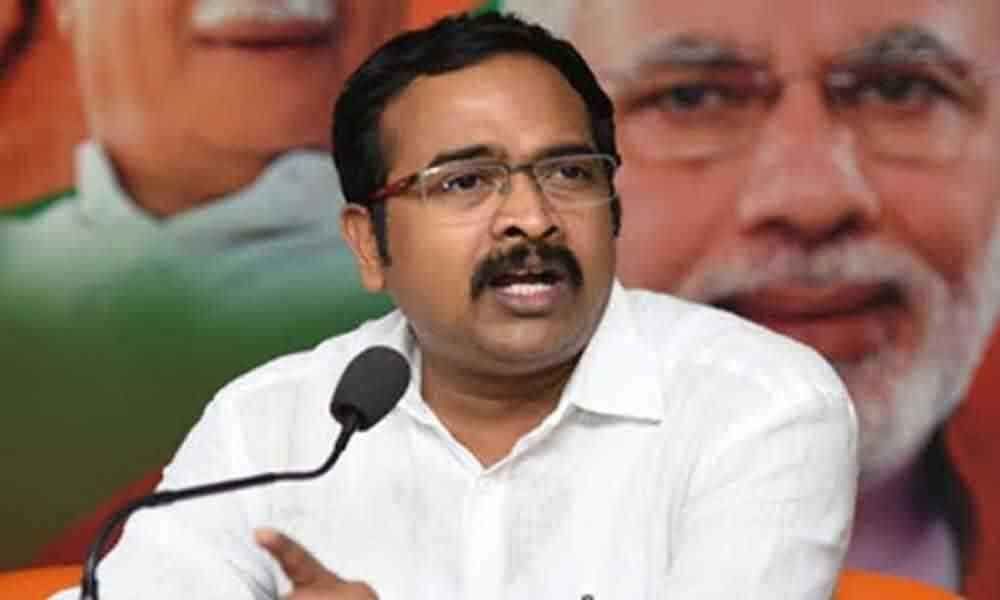 Hyderabad: State BJP chief spokesperson Krishna Saagar Rao on Sunday dismissed the remarks by Congress MP A Revanth Reddy on the groups within the State BJP. He described the comments as wild allegations.

In a statement here, he said the Congress MP statements were ridiculous and Reventha Reddy might be talking about their own party as "no one in that party knows who talks what by holding multiple positions on the same issue," he said. Reventh Reddy remarks reflected the prevailing culture within his own party but not that of BJP, he said.

Alleging both the TRS and Congress are playing 'Stage-managed' politics within and outside of the House and the TPCC chief N Uttam Kumar Reddy had miserably failed in taking on the corruption, maladministration in the TRS government. He also failed to corner the ruling party on the peoples' issues and asked the Congress MP as to why the TPCC chief remained invisible.

He alleged that the TRS, Congress and AIMIM are all set to join hands and the BJP leader demanded that Reventh Reddy clarify on the emerging unholy alliance of the Congress with TRS and AIMIM.