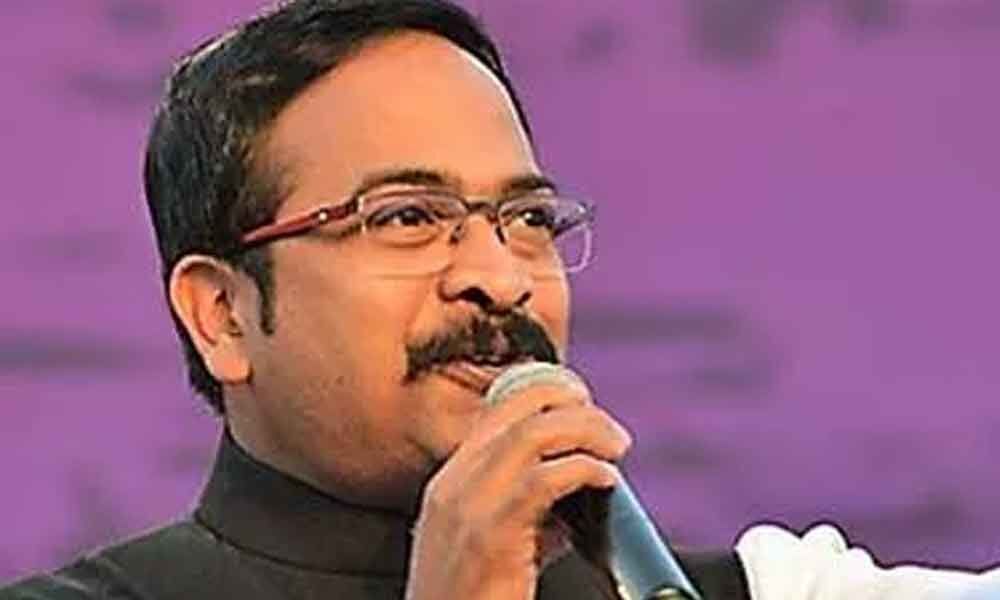 Hyderabad: BJP State chief spokesperson Krishna Saagar Rao said that his party expressed its solidary with Health Minister Eatala Rajender as his statements indicated that he was under pressure from various quarters, besides he was facing threat to his life.

Addressing the media here on Friday, he said Rajender participated in people's struggles and actively took part in separate Telangana moment. His statement that he had got the Cabinet berth not at the mercy of anyone showed an open revolt against Chief Minister K Chandrashekar Rao.

It is significant that it exposed the feuds among different groups within the ruling TRS. Those, who were humiliated and belittled under an autocratic, dictatorial and family regime being run by TRS chief K Chandrashekar Rao, are getting ready to raise their voices openly.

Rajender who hoisted a banner of revolt against KCR would not be the last one and would be the beginning of the starting of political uncertainty within the ruling dispensation, he added.

"BJP is not concerned about the internal bickerings of the TRS. However, a senior Minister revolting against the Chief Minister needs clarification.

The party demands that the Chief Minister give clarification on the uncertainty plaguing the party," he said. Stating that the beginning of the end of TRS had already started, Rao said, " it is not only in the party but there are also groups within the government.

But, neither the working president K T Rama Rao nor party president KCR had not responded to statements made by Rajender."