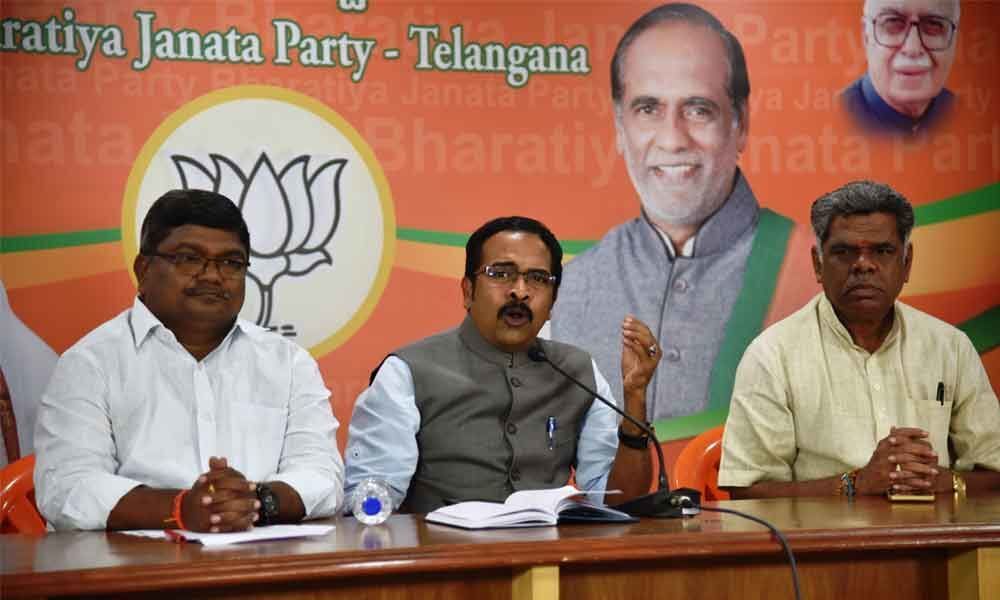 Addressing the media here, the BJP State chief spokesperson Krishna Saagar Rao said, "What is Rahul Gandhi is to Congress, so is KTR to TRS."

He said netizens had nailed KTR's lies by posting a picture of his meetings with the former Union Health Minister and the current national working president after his statement that he did not know who is J P Nadda.

Rao said the outburst of KTR exposed the sense of insecurity within his party. KTR lacked even basic understanding which State was he referring to when he talked about "Karnataka model."

This showed how insecure the TRS is. There are many leaders, former and present MPs, MLAs and others joining the BJP across the country after seeing the good governance provided by the Centre under Prime Minister Narendra Modi.

"If fear is haunting KTR and the TRS, and If 2/3rd of MLAs want to leave the TRS and want to join BJP. We are not responsible for it," he said.

He dared KTR to come for an open debate on the failures, wrongdoings and decimation of all the institutions in the State for the last six years. The BJP leader also condemned the lacklustre attitude of the State government and Chief Secretary S K Josh in responding and submitting a report sought by President Ramnath Kovidn on the suicides of 27 students as consequence of intermediate results fiasco.

The BJP leader and MLC N Ramachandra Rao said the politics is heating up in Telangana after the visit of the party national working president. Six TRS leaders had been forced to react to the BJP working president's criticism.

This exposed the fear and insecurity brewing within the TRS, he pointed out.

Taking exception to KTR calling Ayushman Bharat Scheme (ABS) as waste, Ramachandra Rao said several hospitals which provided Aarogyasri services were on verge of closure because the State government had failed to clear dues to the tune of Rs 1,500 crore.