CJI stresses importance of rule of law in democracy 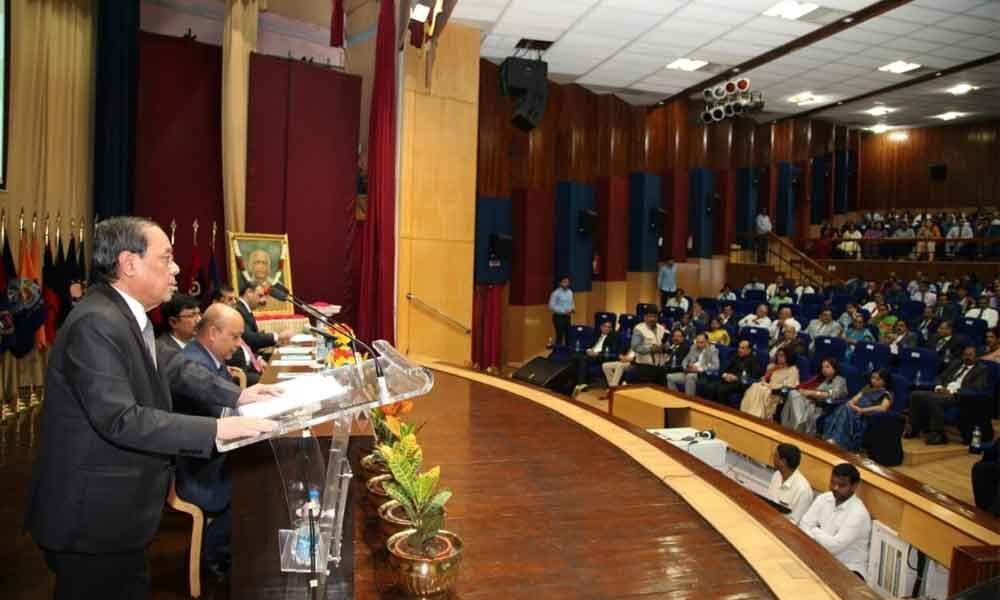 Chief Justice of India Justice Ranjan Gogoi, while addressing the IPS probationers, described them as young achievers and nation builders.

Hyderabad: Chief Justice of India Justice Ranjan Gogoi, while addressing the IPS probationers, described them as young achievers and nation builders. He congratulated them for choosing to dedicate their lives to serve the nation.

He recalled the contributions of Sardar Vallabhbhai Patel in making the Indian civil services as strong steel frame in Independent India.

The Chief Justice explained that the true meaning of the democratic system. It constituted legal equanimity, political freedom and governance by the rule of law.

He distinguished rule of law from rule of man and asserted that the rule of law has emerged now as the soul of modern democratic nations.

He also cautioned that the rule of law need not necessarily be intertwined with the policy of the government and judicial review became the cornerstone of the rule of law.

The Chief Justice raised the issue of fairness in discharging duties and drew distinction between institutional fairness and fairness in the individual functioning.

He expected all the probationers to take all necessary steps to exercise their legitimate powers in fair and reasonable manner.

Hence, for these young IPS officers on the verge of taking their careers, there cannot be a more apt topic than the one selected by the honourable CJI.

The programme was attended by Justice Raghavendra Chauhan, the Chief Justice of Telangana High Court, and all the Judges of Telangana High Court and all the Registrars, Mohammad Mahmood Ali, Minister of Home, M Mahendar Reddy, DGP, Telangana, Director General of Police, D Gautam Sawang, DGP, Andhra Pradesh, Aruna M Bahuguna, IPS (Retd) and former Director of the Academy and other distinguished guests from various services.