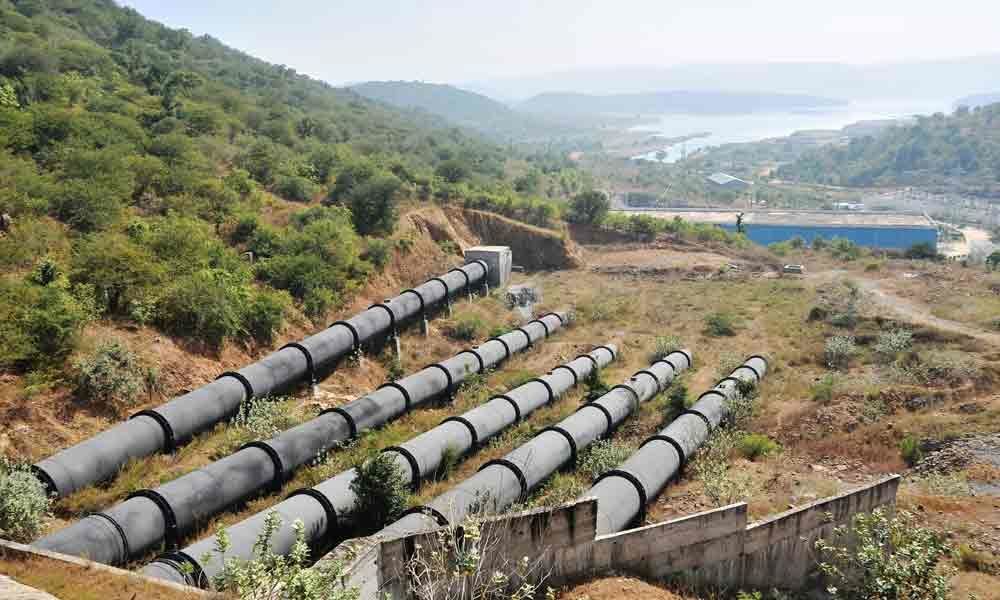 Hyderabad: Unhappy with the slow pace of works of Palamuru Ranga Reddy lift irrigation project, Chief Minister K Chandrashekar Rao has decided to visit the project on Thursday to review the progress and resolve the issues pertaining to land acquisition.

KCR will first go to Karvena lift irrigation project and assess the works that have been completed so far and will review progress and problems with the officials. He will also visit Vattem and Narlapur and return to Hyderabad by evening.

The lift irrigation scheme envisages to create irrigation potential in upland areas of Nagarkurnool, Mahbubnagar, Vikarabad, Ranga Reddy and Nalgonda districts for an ayacut (area under irrigation) of about 10 lakh acres. The project will also fetch drinking water needs in the old Ranga Reddy district.

The deadline for completion of the project is May 2019 and is supposed to provide irrigation facility from next monsoon season. Foundation stone for the project was laid in June 2015. It is designed to lift 90 tmc ft of water from the foreshore of Srisailam reservoir during flood days at the rate of 1.5 tmc ft per day.

Officials said that KCR is unhappy with the present status of progress in the project works and in the delay in the land acquisition. The government already floated separate corporation and mobilised required funds for the execution of the project on a fast pace.

Sources said that the works on three lifts out of the five were moving at a slow pace.

Works at Lift – 1, 2 and 4 near Yellur, Yedula and Udandapur were on fast track, the works at lift 3 and 5 near Vattem and KP Laxmidevipally villages were yet to complete. Six reservoirs were taken up under the lift scheme. The total requirement of land for the project is nearly 27,000 hectares.

More than 50 per cent of land acquisition was already completed. KCR wanted to complete the acquisition and disbursement of compensation to the oustees by this year end. Officials said that all the issues pertaining to hurdles in the completion of works in a time-bound manner will be discussed at the meeting with KCR.