Defections disturbing in a democracy: Venkaiah 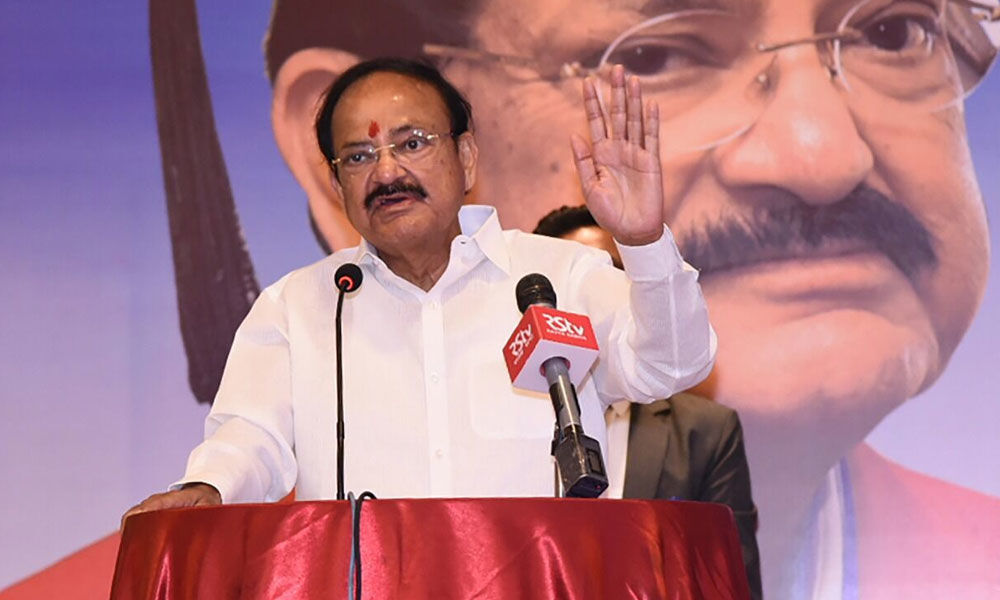 Hyderabad: Vice President M Venkaiah Naidu stressed the need for inculcating the habit of questioning and evaluation of the promises and performance of...

Hyderabad: Vice President M Venkaiah Naidu stressed the need for inculcating the habit of questioning and evaluation of the promises and performance of politicians before deciding on whom to vote for.

Speaking at a function organised here on Sunday to honour him for being the first Indian to receive the degree of 'Doctor of Philosophy' (Doctor Honoris Causa) from the Dean of the University of Peace in Costa Rican capital of San Jose for his contribution to the Rule of Law, Democracy and Sustainable Development in India, Naidu said this was the first time in his 42 years of political career that he would not be participating in the electoral process.

Naidu said he wanted to retire from active politics once his Rajya Sabha membership ends. But he was elevated to the post of Vice President. Though initially he was worried that this would wean away from the people with whom he has been for over four decades as a disciplined party worker he decided to accept the decision of the party's parliamentary board's decision.

But these days discipline in political parties had become a victim. In today's politics, people were changing parties so fast that it has become difficult to track who is where. He suggested that a column in the media be introduced where the latest position of each party leader could be displayed.

Taking a walk down the memory lane, the Vice President took pot shots at the present-day politicians. He said in a democracy if one does not like a party, he has the liberty to quit but before that he should resign from all the posts including elected posts like MLA or MP.

But that was not happening, and defections were being encouraged by all and thanks to the loopholes in law, their disqualification never takes place. He also found fault with the money power that was being used to get elected. A leader who spends around Rs 20 crore would naturally look to recovering the expenditure, he added.

Naidu felt that there was drastic need to bring change in the body politic of the country and that can be done only when the voters make proper decision based not on the caste or community or emotions but based on the policies and performance of each contestant. If one is a first timer, then his vision needs to be assessed. "Cash, community and criminality," should not have any role to play in elections, he said.

Referring to the award he received, Venkaiah Naidu said its global acknowledgement and recognition reminds him of age-old Indian adage 'vasudaivaka kutumbeekam'. He said he was privileged to receive this honour when the world is commemorating the 150th birth anniversary of Mahatma Gandhi, the extraordinary apostle of peace," he said.

Naidu said: "The ability to appreciate and celebrate the fascinating diversity in thoughts, languages, cultures and religious beliefs is the foundation for our ability to live together. Peace begins with our search for common bonds that unite us rather than when we look for and accentuate the differences."He asserted that Hinduism, Islam, Christianity, Buddhism and Jainism shun violence and stress on the overarching themes of universal brotherhood and peaceful co-existence.