Family members kill old man to get his pension money 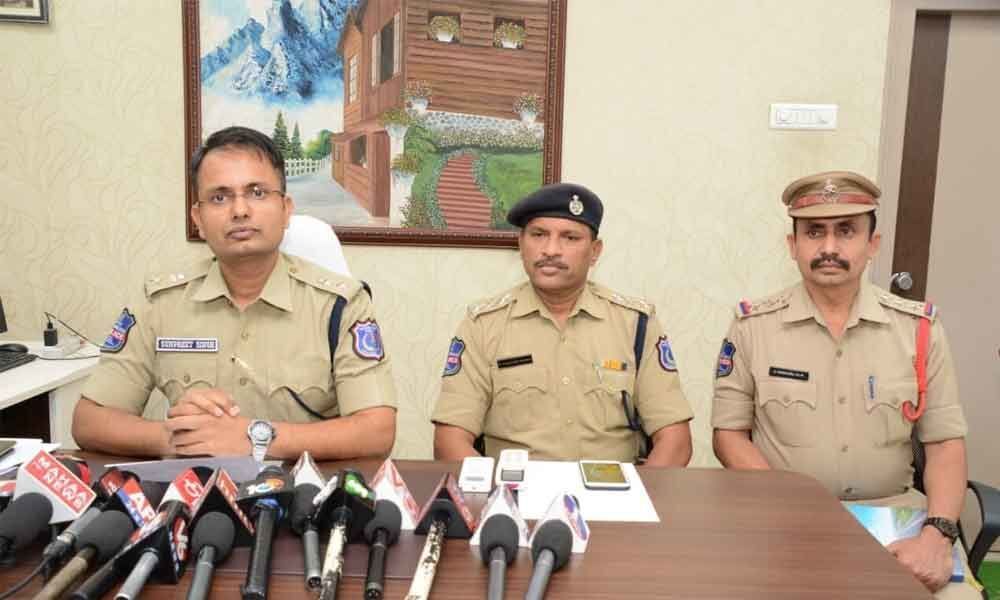 The Malkajgiri police on Wednesday cracked the brutal murder case of a 70-year-old retired railway employee and nabbed three persons- the wife, son and daughter of the deceased who killed him for his pension.

Hyderabad: The Malkajgiri police on Wednesday cracked the brutal murder case of a 70-year-old retired railway employee and nabbed three persons- the wife, son and daughter of the deceased who killed him for his pension.

They seized two knives which were used for commission of the offence. The accused Ganga Bai (58), Kishan Suthar (40), and Prapulla (29). According to police, the deceased Kishan Maruti Suthar had worked as the Railway goods train driver and took voluntary retirement in the year 2000 due to his ill health and was staying at Railway Quarters.

Later he purchased a house in Moulali. The deceased used to quarrel with his son, wife and daughter after consuming liquor when they were asking about the money for their financial needs.

At this juncture, the accused persons altogether conspired to eliminate Maruthi Suthar to get his pension directly by filing a missing case at the police station.

According to their plan, on August 15 all the accused mixed the mixture of Dhatura fruit into the dinner of Maruthi Suthar. After consuming the same, he slept and died.

Confirming his death they butchered the body into pieces and stuffed into plastic bins and placed in their house to dispose it secretly. Due to the putrefied smell from the house of the deceased, neighbors came to the house and questioned about the smell.

After showing the body pieces they absconded from the house and started moving in the surrounding areas of Secunderabad. On reliable information police traced the accused and arrested them on Wednesday.