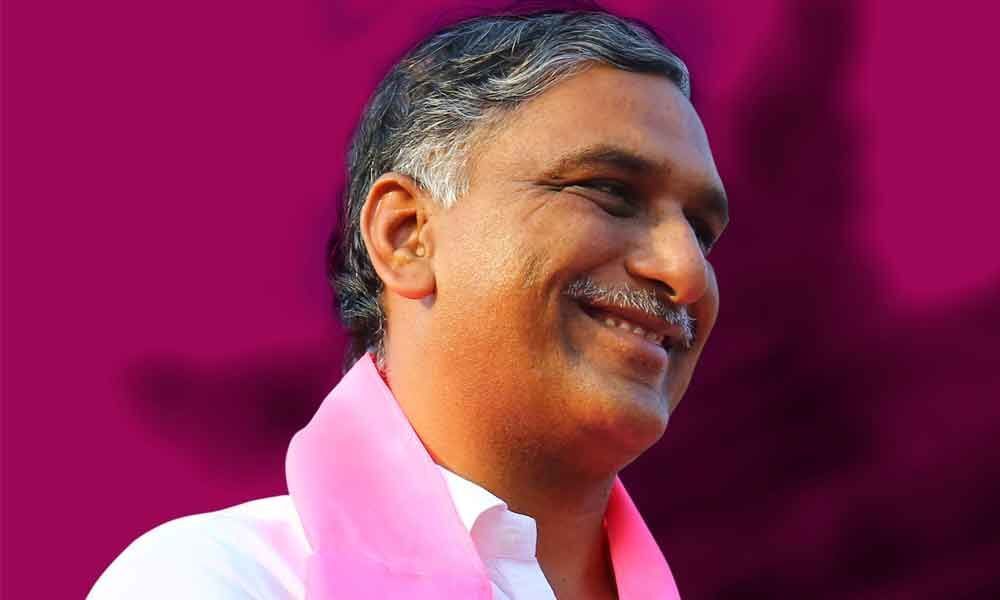 TRS senior leader T Harish Rao, who had played a key role during the agitation for separate Telangana and is considered a ‘trouble shooter’ in the ruling party, has once again been given prominence in the Cabinet expansion.

Hyderabad: TRS senior leader T Harish Rao, who had played a key role during the agitation for separate Telangana and is considered a 'trouble shooter' in the ruling party, has once again been given prominence in the Cabinet expansion.

Harish Rao had proved his mettle in achieving targets set by KCR in the construction of mega irrigation projects mainly Kaleshwaram in the previous government. Now at a time when the country and the state is facing recession, Harish has been vested with the responsibility of the Finance portfolio.

With the abnormal increase of spending on the welfare and developmental programmes while revenue sources continue to be limited, Harish Rao will have to demonstrate his administrative skills again in managing state finances in a prudent manner in the next four years.

Inducting Harish Rao as Finance Minister just a day before the Assembly has created a new problem. The government has already printed the budget speech in the name of KCR.

Hence the Cabinet which met here on Sunday evening decided that the Chief Minister would present the budget in Assembly and Harish Rao in the Legislative Council.

Leaders said that KCR entrusted the responsibility of Finance to Harish Rao following growing demand for funds to meet the state needs in the coming years. He has the ability of convincing the Union government, financial institutions and funding agencies to help the state.

He was instrumental in getting all necessary clearances for the Kaleshwaram and Palamuru Ranga Reddy lift irrigation projects during his tenure as Irrigation minister.

He succeeded in getting funds for the irrigation projects from the Centre without any delay. On the same lines, the Chief Minister expects Harish to address finance issues in coordination with funding agencies at the centre and external sources.

KCR also wanted to check the leakages in the fund allocations and utilisation by every department to reduce heavy burden on the state every year.

Harish Rao will introduce a slew of measures and will ensure every department to adopt financial discipline. Besides, the new Finance Minister will keep any eye on the utilisation of funds allotted to every Legislator under the Constituency Development Fund.

Currently, the government earmarked Rs 5 crore to every MLA in the state. Harish Rao will also create special plans in coordination with the Planning department for the execution of every development scheme implemented in every constituency.