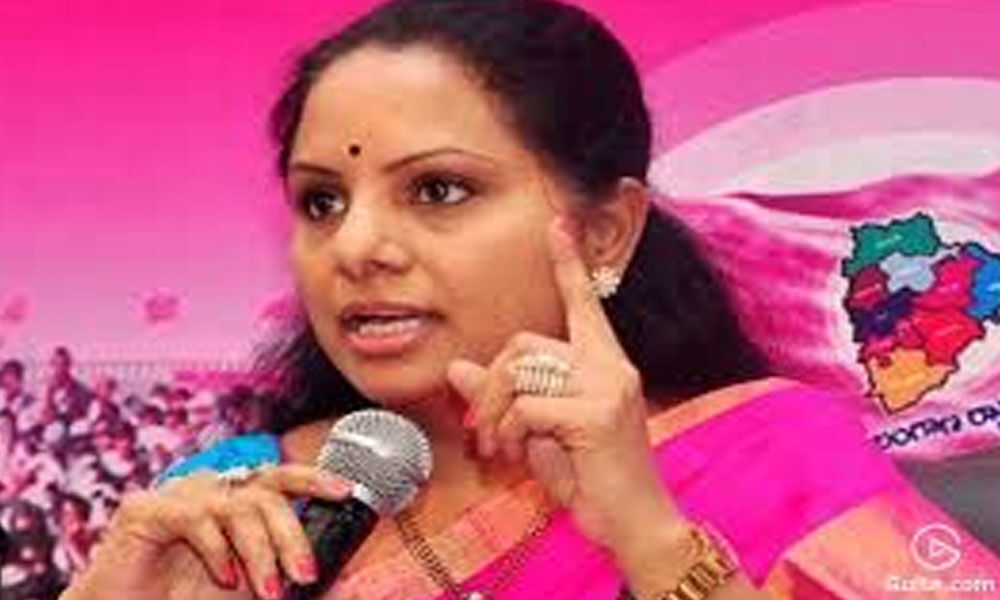 Nizamabad: Nizamabad MP K Kavitha on Tuesday called upon the farmers in the State to question the Bharatiya Janata Party (BJP) leaders for their...

Nizamabad: Nizamabad MP K Kavitha on Tuesday called upon the farmers in the State to question the Bharatiya Janata Party (BJP) leaders for their failure in setting up Turmeric Board in the district. Kavitha said that the people who were filing thousands of nominations in the constituency were not farmers but the Congress and the BJP leaders.

"If the problems will get solved by filing nominations, they can file but these are not farmers, they are the Congress and the BJP party agents," Kavitha said. She suggested that the Nizamabad district farmers particularly the Red Gram farmers also file thousands of nominations in Amethi (constituency of Rahul Gandhi) and Varanasi (constituency of Narendra Modi), so that their issues would also be solved soon.

On the Turmeric Board, Kavitha said that the BJP leaders were in the power for five years and did nothing to set up turmeric board but now they are questioning the TRS leaders. "I have left no stone unturned for the Turmeric Board," she added.

Kavitha disclosed the development works she had taken up in the constituency. She said that the TRS government had fulfilled the promises made in the elections. The recent promises made during the Assembly elections found mention in the budget presented in the Assembly. She said that the government had allocated funds for increased pensions from Rs 1,000 to Rs 2,000 and added that the elderly would be getting money directly into their bank accounts from May.