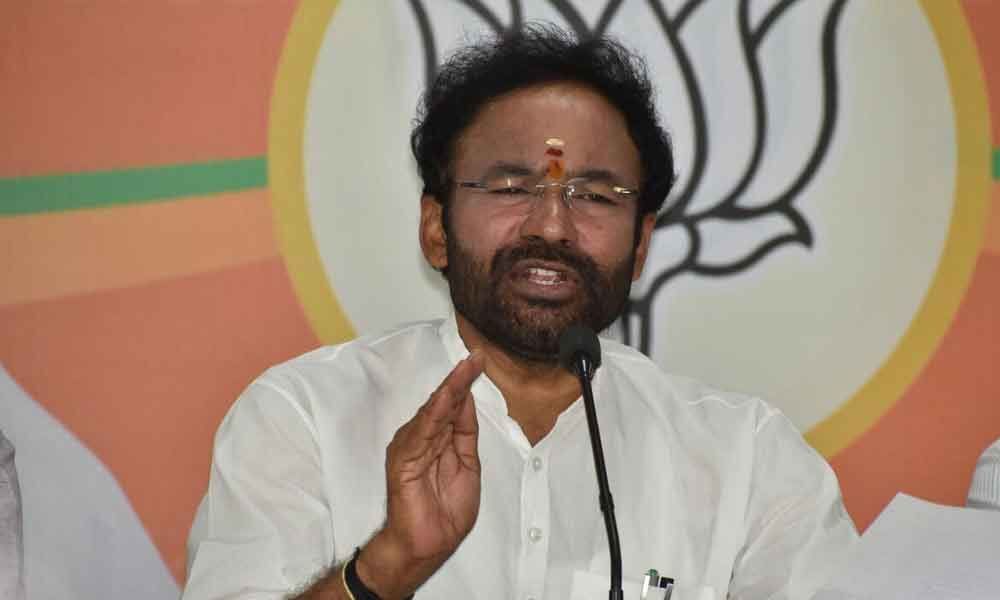 Hyderabad: Minister of State for Home G Kishan Reddy said that shortage of urea in Telangana is the own making of the State government but not of the Centre.

Responding to a question while addressing the media here on Sunday, he said he had contacted the officials of Chemicals and Fertilizers Ministry on the issue of shortage of urea in Telangana.

The Central government officials informed the Union Minister that there was no such problem faced by any other State in the country.

The Central officials have been conducting teleconference and video conferences with the State Agriculture Department officials periodically, he added.

The State government had asked for an allotment of about 7.1 lakh metric tons of urea. The Centre had allocated more than what was asked by Telangana. The State Agriculture officials claim no shortage of urea but the Minister makes political statements blaming the Centre for the shortage of urea in the State.

There seems no clarity within the government and lack of foresight and requirement has resulted in the shortage of the urea in the State, he said.

Further, not lifting the allocated urea stocks in time from the stocking points and allegations of some Ministers in the State not allowing equal distribution of urea to different districts have all seem to have contributed to the shortage of urea in Telangana, he added.