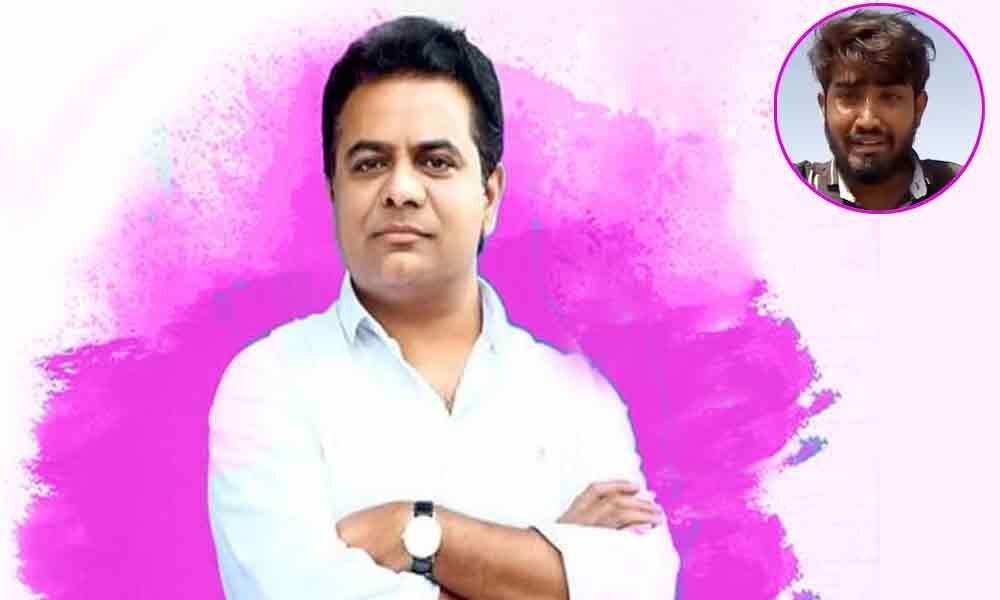 After the TRS working president KT Rama Rao assured to bring back Karimnagar man who stuck in Saudi to India soon, another man hailing from Sircilla man sought the help of KTR to help him return to India.

Sameer (21), a native of Illanthakuta in Rajanna Sircilla district tweeted to KTR explaining his suffering in the deserts of Saudi Arabia. The victim was reportedly lured by a consultant from Nizamabad who promised to offer a job in Gulf.

According to the victim, the agent assured to offer a salary of 1200 riyals to work in a farmhouse of an Arab Sheikh near Riyadh. Trusting the agent, Sameer paid Rs 80,000 to get him the job and went to Saudi on the ticket arranged by the agent.

However, after landing in Riyadh, Sameer was taken to a graze sheep owner and forced to graze them in a deserted place which is about 1200 km from the city.

Request Ambassador @drausaf Saab and @IndianEmbRiyadh to help this gentleman Sameer to return to India https://t.co/TwzSlzjIMq