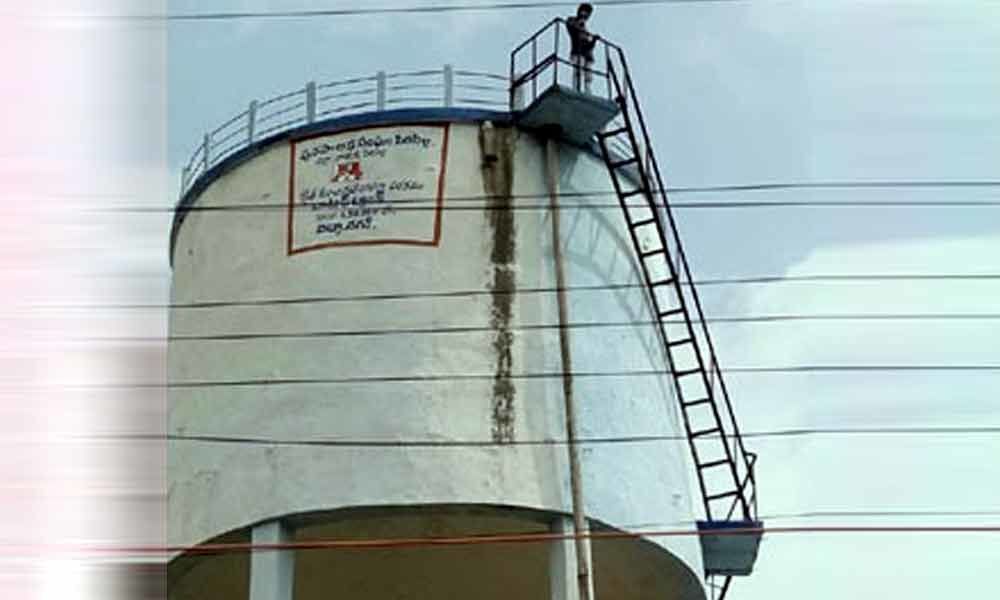 Upset over his father readied for getting married for the third time, a man tried to commit suicide by jumping off the water tank here at Rajanna-Sircilla district on Wednesday.

Sandeep went live of Facebook after climbing the water tank saying that his sister and mother will be abandoned with his father's marriage.

"He married two times earlier and spent all the money on taking alcohol. We also requested the woman who is marrying my father, to leave him, but in vain," said Sandeep demanding justice to his family.

However, the villagers pacified him to resolve the issue and brought him down.