On cam: To get their land back, Farmers hold revenue officer's feet in Telangana 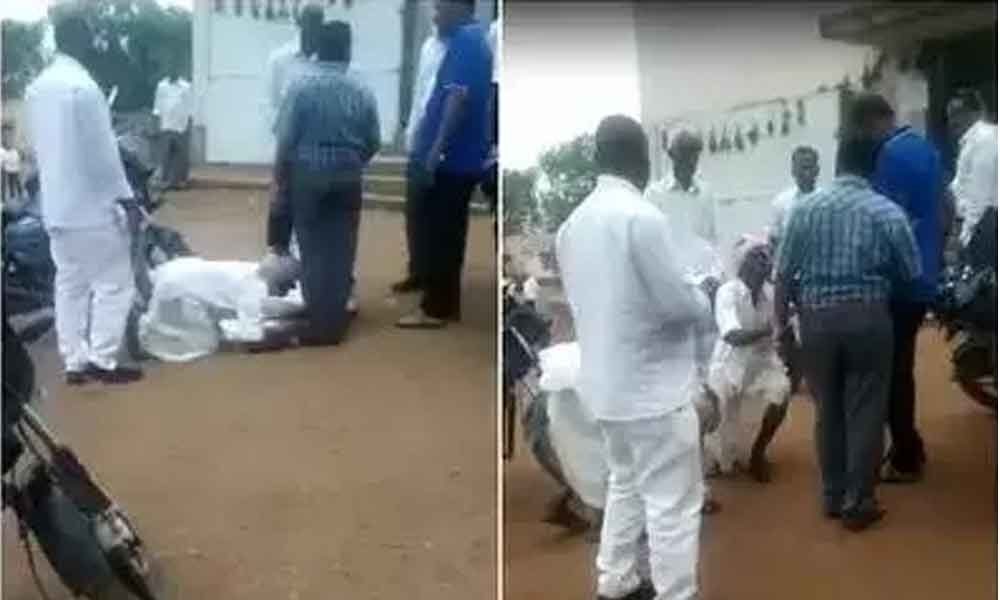 In a heart-wrenching incident, two farmers from Telangana urged a Mandal Revenue Officer (MRO) by holding his feet to restore their land ownership.

The farmer Sattaiah and his brother Lingaiah hailing from Chevella begged the officer to register the land on their name. The land was registered in the name of another person during the clearance of land records. Ever since then, the farmers are running around the office.

However, the officer was seen simply walking away. The farmers claimed that their land passbooks which are the pieces of evidence was taken away from them and are being harassed constantly.

"We have been urging the officer for the last six to eight months, but in vain," said Sattaiah. "They humiliated us and threatened to put in jail," Lingaiah added.