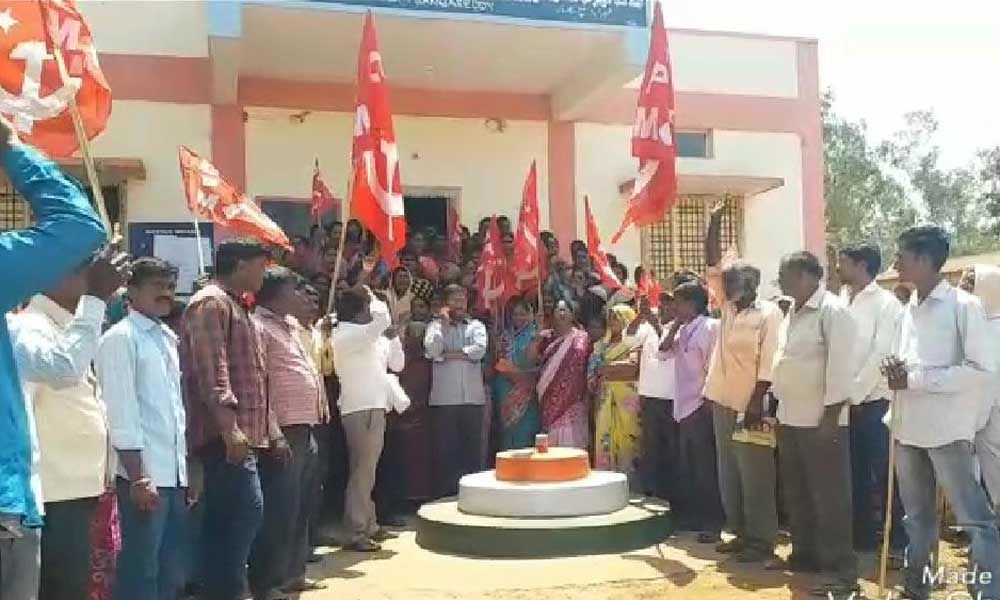 Zaheerabad: Demanding employment under the MGNREGA scheme, several villagers under the aegis of agriculture labour union staged a dharna in front of RDO office here on Monday.

They submitted a representation to RDO.

Union president B Ramachander said that officials failed to provide employment after villages were merged in the municipality.

He demanded officials concerned to provide works at an earliest.