TDP past its sell-by date: Errabelli 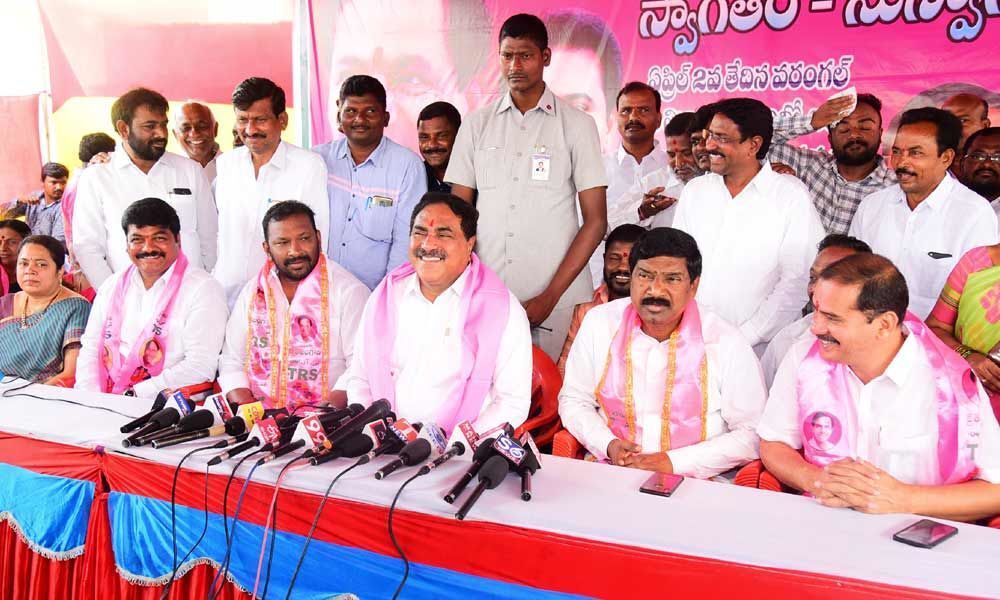 It’s better if the Congress, BJP and other parties withdraw from the contest in favour of the Telangana Rashtra Samithi (TRS), Minister for Panchayat Raj Errabelli Dayakar Rao said here on Tuesday.

Warangal: It's better if the Congress, BJP and other parties withdraw from the contest in favour of the Telangana Rashtra Samithi (TRS), Minister for Panchayat

Inspecting the arrangements at the Azam Jahi Mill grounds, where TRS supremo and Chief Minister K Chandrasekhar Rao is to address an election rally on April 2, he said that Telugu Desam Party (TDP), which lost people's trust, is on the verge of extinction and it will soon be part of history.

It will also meet the same fate in Andhra Pradesh also after the ongoing elections, he predicted.

On the other hand, the Congress had already become defunct in AP and it's slowly losing its sheen in Telangana, he said.

TRS will play a key role in the national politics if it wins 16 Lok Sabha seats, the Minister said, referring to the regional parties' importance in the formation of Central government.

People lost faith in BJP and Congress with their leaders Narendra Modi and Rahul Gandhi engaged in war of words rather than assuring people of better future with their planning, he said.

"KCR, who achieved separate Telangana, is a visionary. It reflected in the recent Assembly elections with people reposing their faith in him. The welfare and developmental programmes launched by KCR have become beacons to other states in the country," the