Two persons charred to death in freak accident in Kodangal 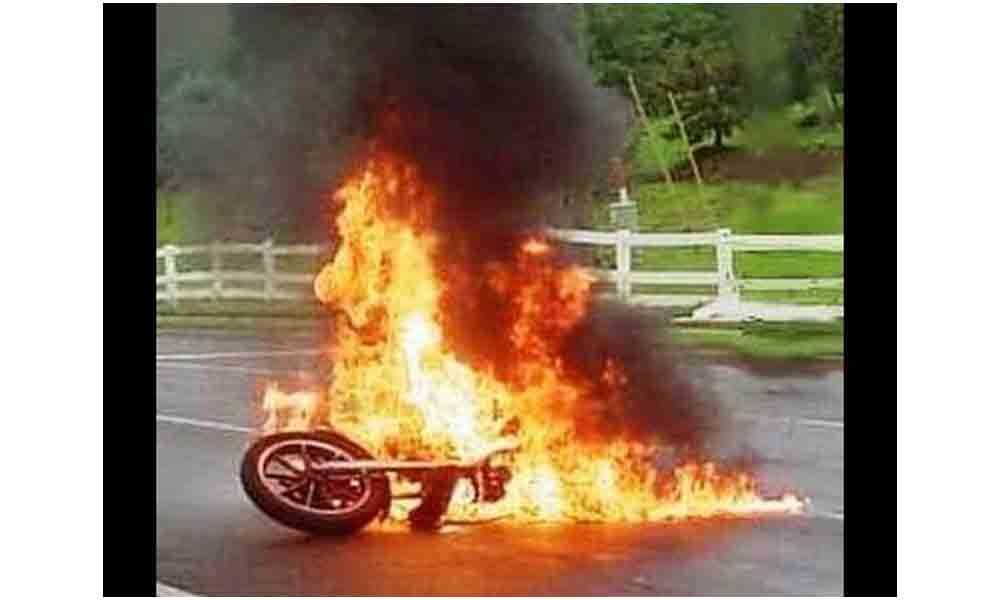 Two persons were charred death in a road accident that occurred at Parsapur village of Kodangal mandal in Vikarabad district on Wednesday.

Kodangal: Two persons were charred death in a road accident that occurred at Parsapur village of Kodangal mandal in Vikarabad district on Wednesday.

According to Kodangal police, three persons of Husnabad village had filled a can with diesel from a petrol pump on the outskirts of Kodangal mandal during early hours on Wednesday and headed towards Husnabad on a bike.

While travelling, on their way, the speeding bike rider lost control and hit a lorry head-on coming in the opposite direction. As soon as they were hit by the lorry, the diesel can which they were carrying with them got broken and spilled the diesel all over, drenching all the three. As and when they fell with great speed, the friction of the road with the bike caused sparks and all the three persons were completely engulfed in the fire.

The Kodangal police have registered a case and investigating the matter.