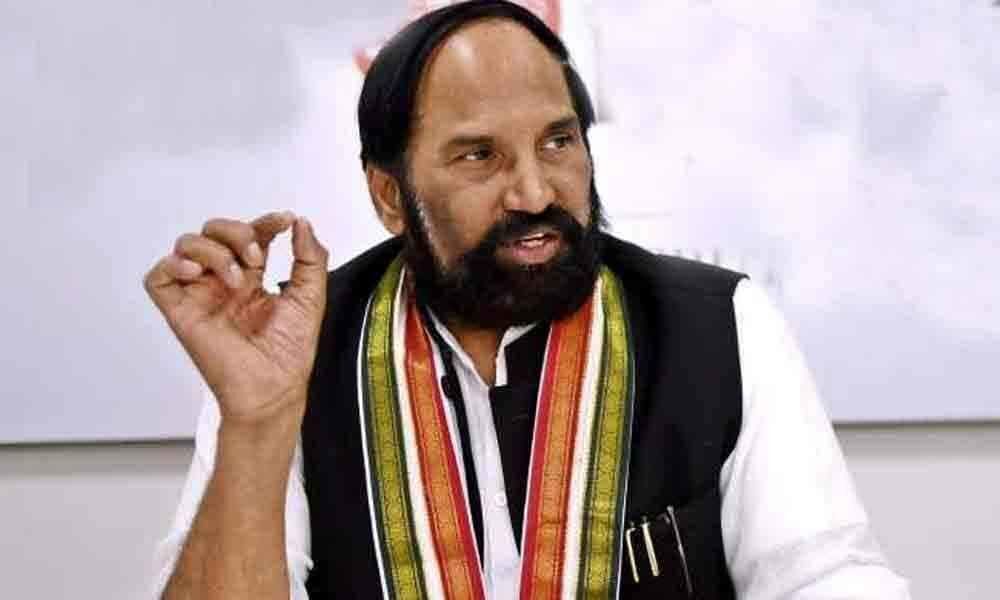 In an open letter to Chief Minister K Chandrashekar Rao, TPCC chief and MP Uttam Kumar Reddy says the farm sector in the State is under deep distress

In an open letter to Chief Minister K Chandrashekar Rao, Uttam Kumar Reddy said that the farm sector in Telangana was under deep distress.

He recalled that the Chief Minister, during the Assembly elections held in December 2018, had promised to pay Rs 5,000 per acre for two crop seasons to farmers under Rythu Bandhu scheme.

Similarly, the TRS had promised to waive off crop loans up to Rs 1 lakh. However, he said that both the promises have not been fulfilled by Chandrashekar Rao government.

He said the Rythu Bandhu amount, which should have been paid in June this year, has been not cleared yet.

He said nearly 60 per cent farmers did not get the Rythu Bandhu amount for the current Khariff season. He said Rythu Bandhu payment and Crop Loan Waiver was not done for nearly 50 lakh farmers in the State.

Similarly, Uttam Kumar Reddy said the farmers who are holding more than 5 acres of land did not get a single paisa so far.

He asked the Chief Minister to clarify whether the farmers owning more than 5 acres have been removed as beneficiaries of Rythu Bandhu scheme.