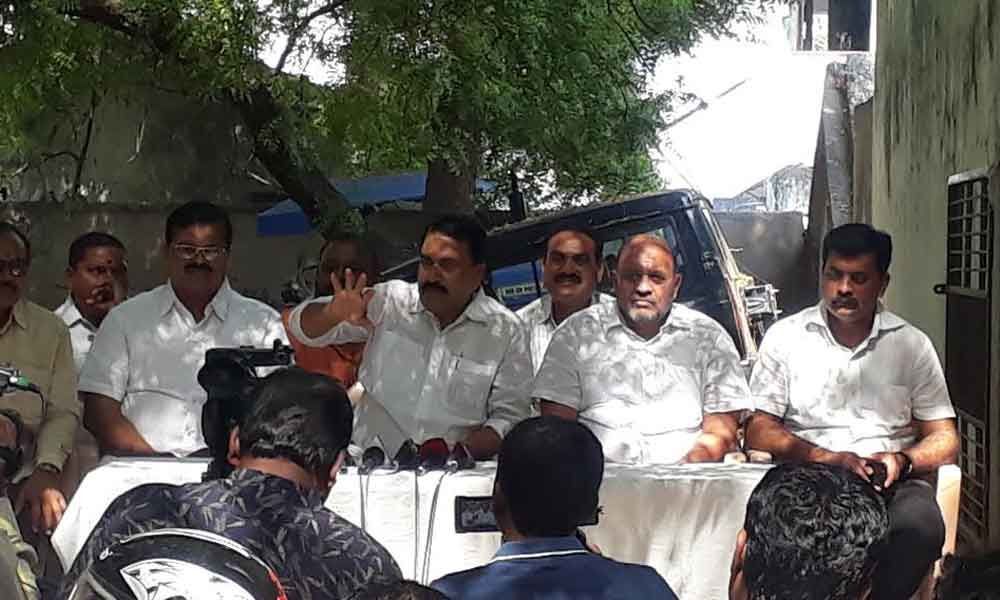 Speaking to media persons at his residence in Karimnagar, Santosh Kumar said B Vinod Kumar participated actively in the separate Telangana Movement and played a vital role in achieving the separate State.

The opposition parties are alleging that B Vinod Kumar is a non-local candidate, but he was the responsible for enormous development that took place in the district more than the local elected candidate could do in the past.

They forgot that in Parliament elections, any person who is a citizen of India can contest from anywhere in India, he added. By winning 16 LS seats, the TRS is going to play crucial role in the national politics.

If Federal front comes to the power, B Vinod Kumar is going to become a Union Minister which would be good for people of Karimnagar.

He said that he joined TRS party after resigning from Congress not for his own benefit. "But by seeing enormous development that is taking place across the State and in the district under the leadership of Chief Minister KCR and MP B Vinod Kumar, I am joining in TRS party," he said, adding that he is ready to work in any position on the orders of CM KCR.