Year 2020 to be declared the year of Artificial Intelligence: Minister KTR 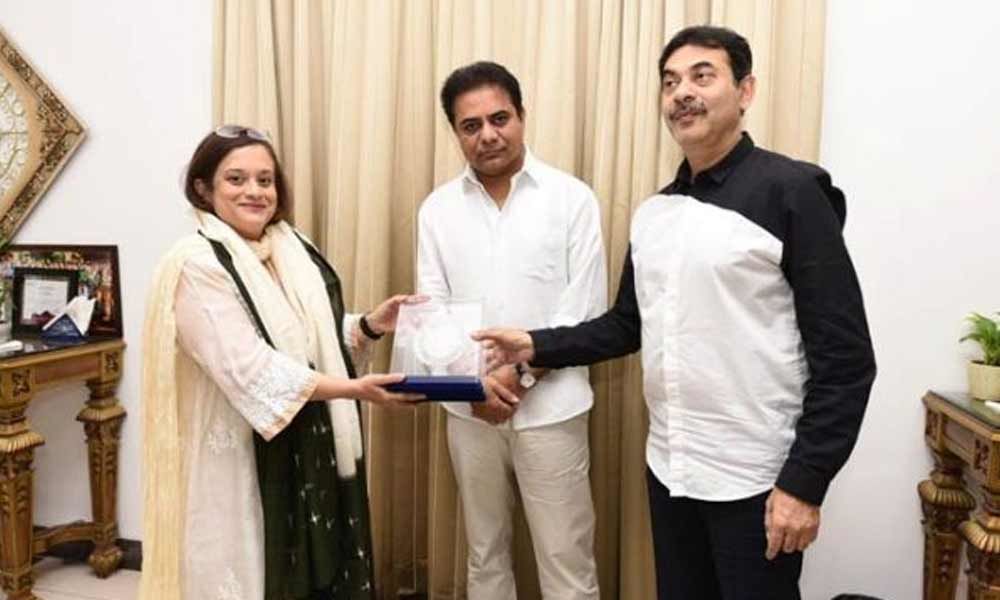 Telangana government would be declaring the year 2020 as the year of Artificial Intelligence, to promote its use in various sectors like Agriculture, Urban Transportation and Healthcare, said Information Technology Minister K. Tarakarama Rao

Hyderabad: Telangana government would be declaring the year 2020 as the year of Artificial Intelligence, to promote its use in various sectors like Agriculture, Urban Transportation and Healthcare, said Information Technology Minister K. Tarakarama Rao during a meeting with NASSCOM President Debjani Ghosh at Pragathi Bhavan on Friday.

Minister KTR stated that the Telangana government would be hosting a series of events throughout the year centred around the AI theme.

In the meeting, Minister highlighted various initiatives that the state government has taken up in the emerging technologies space. "Telangana government is continuing to attract investors from marquee companies which are setting up their R&D and technology development centres in emerging technologies such as IoT, AI, machine learning, cybersecurity, and blockchain," said Minister KTR.

"Telangana state government is happy to collaborate with NASSCOM in bridging the skill gap in these emerging tech sectors," said Minister.

Debjani Ghosh stated that NASSCOM would be delighted to collaborate with the Government of Telangana in launching AI applications in various sectors and also creating an ecosystem for startups to implement these AI applications.

Debjani informed that NASSCOM is proactively preparing a list of new job roles getting created in the emerging technology space. She said that NASSCOM would also be interested in partnering with the Telangana government on the open data initiative and also in training youngsters in data sciences.