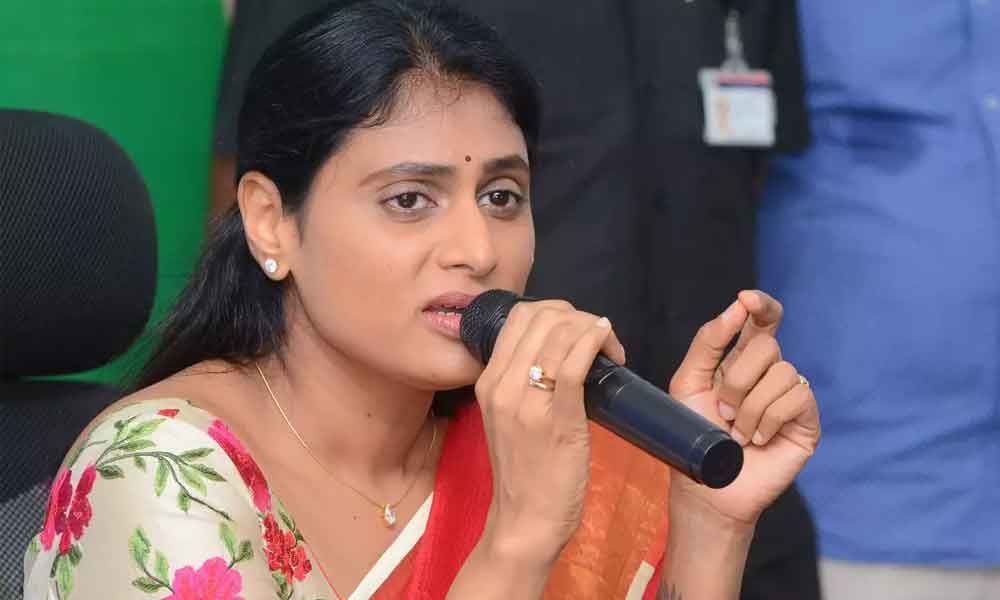 She deplored that the farmers, who had given their lands for Mallanna Sagar project, are still holding agitations, seeking justice from the State government

Lotus Pond: YS Sharmila on Wednesday slammed CM KCR and said that it was unfortunate that the native district of the CM Medak had 20 drought-hit mandals. She also said that pollution was only growing with each passing day in Patancheru industrial area of the district. She said that the farmers, who had given their lands for Mallanna Sagar project, were still holding agitation programs seeking justice from the state government.

She alleged that the state government was taking away lands from the Dalit farmers of the state. She made these remarks while addressing a gathering of loyalists of her father and former CM of AP YS Rajasekhara Reddy from Medak district.

She recalled that her father had launched the Rajiv Aarogyasri scheme from Medak district. She said that her father had thought of providing 5.19 lakh acres of land of the district by constructing Pranahita-Chevella lift irrigation scheme. Referring to the redesigning of the irrigation projects of the state by the present rulers of the State, she wondered what the rulers had done by redesigning them.