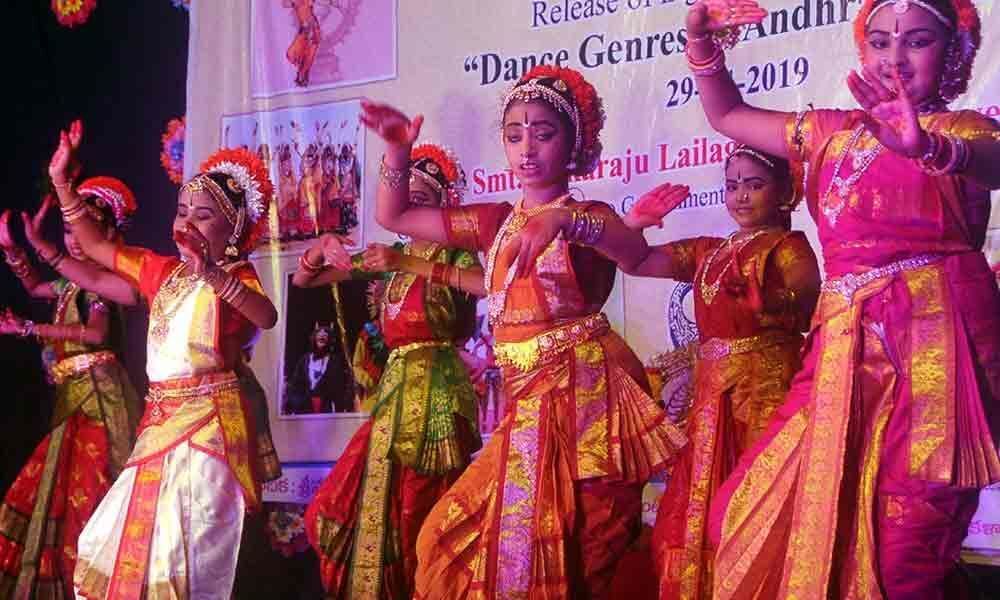 The Dance Committee of the International Theatre Institute, the main partner for the performing arts of UNESCO had declared April 29 as International Dance Day in memory of the birth anniversary of Jean-Georges Noverre (1727–1810), the creator of modern ballet. The day strives to encourage participation and education in dance through events and festivals held on the date all over the world.

About 300 dance artistes showcased their talent on this occasion and made the audience thrilled. In addition to traditional dance like Kuchipudi and Bharatanatyam, the folk dance items like Buttabommalu, Peacock, Tappetagullu, Dhimsi, Lambadi and Koya were also placed in this event and made it colourful.