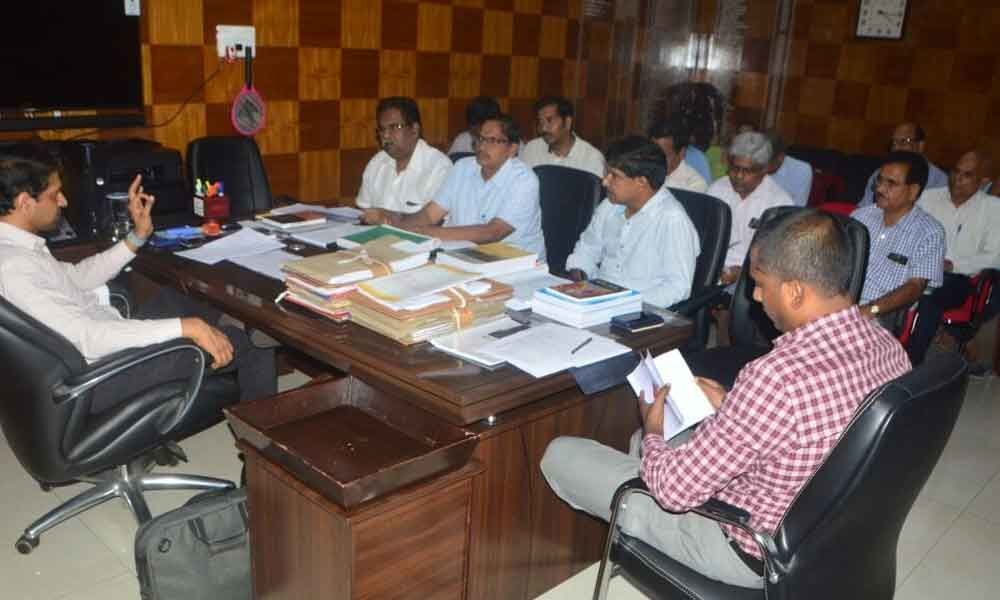 Collector K Bhaskar expressed his displeasure over the delay in completion of underground cable works.

Visakhapatnam: Collector K Bhaskar expressed his displeasure over the delay in completion of underground cable works. Andhra Pradesh Eastern Power Distribution Company Limited (APEPDCL), with the help of the World Bank funds has taken up the project.

While reviewing the project works along with GVMC Commissioner M Hari Narayanan on Thursday, the Collector said the people were facing troubles after completion of works as the roads were not laid so far. According to the plans, the works for 224 km long underground cable works to be completed within 18 months. However, the APEPDCL executed 83 km long cable works only.

Even at the completed works, the roads are not laid. The collector pointed out that the delay in giving connections and erection of services pillars from the completed works. Expressing his dissent, the collector directed the APEPDCL officials to submit an actual action plan within two days. He also directed the officials to review the works weekly once and submit a report on the progress of the project.