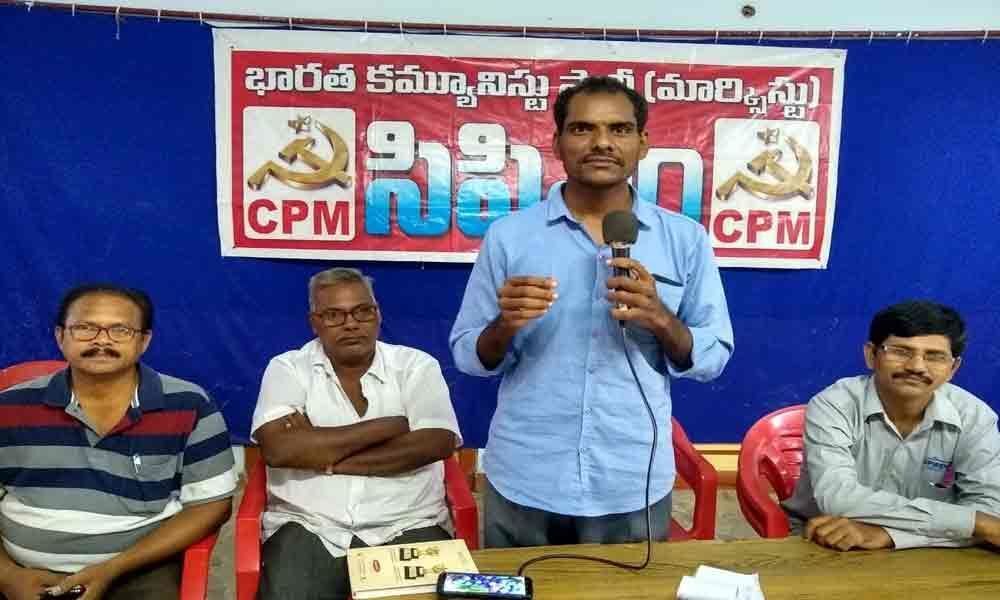 The city committee of the CPM has extended its support to doctors who are on warpath demanding that the Centre ban National Medical Commission (NMC)...

Eluru: The city committee of the CPM has extended its support to doctors who are on warpath demanding that the Centre ban National Medical Commission (NMC) Bill.

At a meeting held here on Thursday, the CPM city secretary, P Kishore alleged that the BJP government at the Centre had been destroying every sector after it formed the government for second time.

It is poking into every field including education, health and culture. As far as health sector is concerned, it had already cancelled Indian Medical Council and setting up NMC which was a dastard act. The commission would pose threat to health of 70 per cent population. About 80,000 passing out medicos every year would face uncertain future.

The commission would pave the way for training persons without medical qualification through bridge course to treat people in villages. The NMC Bill was nothing but increased intervention of politics in medical field.

He demanded that the BJP government should concede the demand of agitating doctors and abrogate the NMC Bill without delay. The meeting was attended by the party city leaders B Somaiah, M Srinivasarao, B Jagannadharao, V Saibabu, K Anjaneyulu and others.