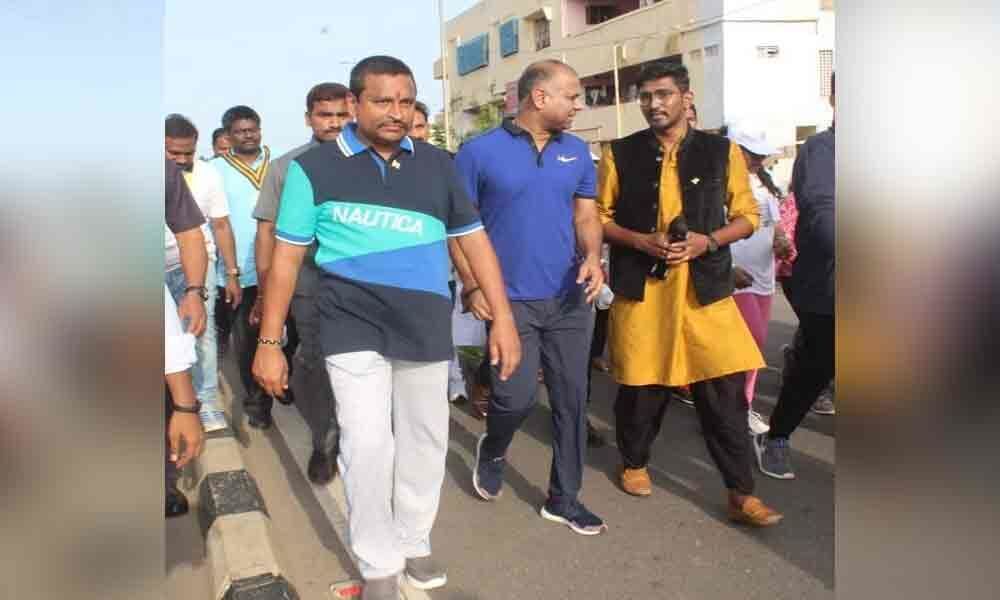 Minister for Endowments Vellampalli Srinivas flagged off the Vijayawada Freedom Run- ‘Spirit of Independence’ 5K Run at BRTS road here on Sunday which...

Vijayawada: Minister for Endowments Vellampalli Srinivas flagged off the Vijayawada Freedom Run- 'Spirit of Independence' 5K Run at BRTS road here on Sunday which was organised to spread patriotism among the present generation. The run was organised with a motto 'Save Women, Save Environment, Save Nation'.

The minister appreciated the organisers KLU, Sagar Software Solutions, DCCB Bank and all the NGOs for taking initiation in participating in the run ahead of the Independence Day celebrations.

YSRCP leader P Varaprasad also took part in the run, besides various walkers association members in the city, local residents and others in large numbers and made the run lively.

NGO organisers N Sambasiva Rao, Dara Karunasri and other participated in distribution of saplings followed by Yoga dance performance by Sirisha. The run was led by organisers Bhaskar, Mansoor and others.