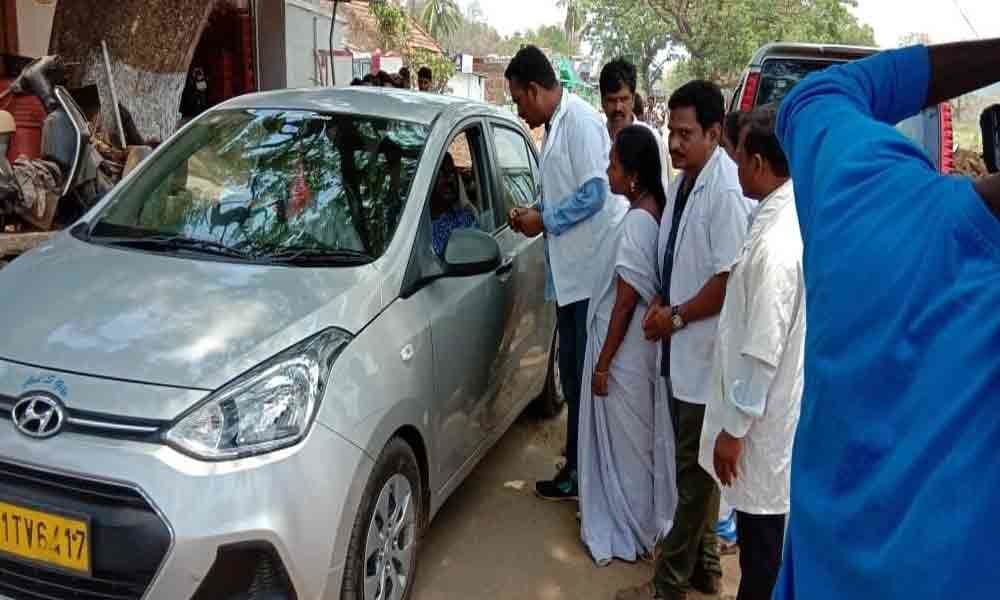 Check posts by police and customs departments are not new to us. But, here is an inter-State health check post initiated by the Integrated Tribal Development Agency (ITDA) at five check posts across the Andhra-Odisha Border.

Visakhapatnam: Check posts by police and customs departments are not new to us. But, here is an inter-State health check post initiated by the Integrated Tribal Development Agency (ITDA) at five check posts across the Andhra-Odisha Border.

As part of its sustained public health interventions in Parvathipuram ITDA Division, Vizianagaram district, the project aims to bring down malaria cases to zero by screening the travellers with the help of health experts at the check posts in Kuneru, Elvinpeta, P. Konavalasa, Battivalasa and Kedaripuram.

With the incidence of malaria reduced to 88 per cent in Vizianagaram last year, the focus now is to make the district totally malaria-free. "The agenda is to make every possible effort to tackle the vector-borne disease. Of all the states, Odisha tops the malaria-affected chart in the country.

Since many of the habitations in Vizianagaram district have contiguity of AOB, we are taking extra precaution and health check post is one such initiative," explains G Lakshmisha, Project Officer of ITDA, Parvathipuram.

A team of supervisor-cum-doctor, an ASHA worker and a health assistant will take the blood sample at these check posts and if any traveller is tested malaria positive, a three-day scheduled medication will be provided to them on the spot.

Those crossing AOB in vehicles and suffering from fever will be examined at these check posts. The diagnosis of malaria is done on the spot through rapid diagnostic tests. "In addition to the road points, special malaria screening camps are arranged at railway stations and bus stops near Gumadai, Balagam, Parvathipuram and Bobbili," says M Ravikumar Reddy, District Malaria Officer, Vizianagaram.

Taking a leaf out of health interventions followed in Sri Lanka and Maldives which eradicated malaria, Lakshmisha mentioned that the objective is to prevent the vector-borne disease by placing a check at the AOB by examining the infested individuals arriving from Odisha and treating them free of cost.

In Vizianagaram, the total number of malaria affected persons has come down to 306 in 2018 from 1,835 in 2017. And the cases recorded so far for the current year is six.

Apart from medical health camps held twice a week in habitations bordering AOB, officials hope that the inter-State health action will play a significant role in bringing down the number of malaria incidents to the maximum extent possible.