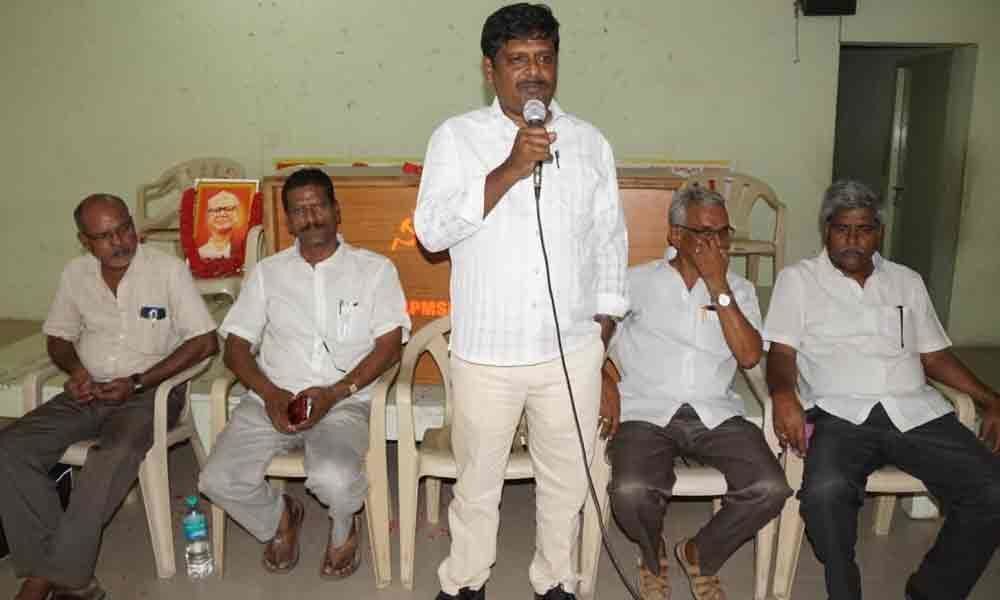 Tirupati: Rich tributes were paid to veteran Communist leader Puchalapalli Sundarayya on his 34th death anniversary here on Sunday. Speaking after paying floral tributes to the portrait of Sundarayya at a commemorative meeting held in CITU district office here CITU district general secretary K Murali said that though born in a wealthy family, Sundarayya throughout his liefe worked for the welfare of the poor and decided not to have children to dedicate himself for the society and party.

He was the doyen of Communist movement in South India. Murali said adding that he was responsible for strengthening the Marxist party in Andhra Pradesh leading many movements including for the peasants and landless agriculture labourers. His simple ideal life is the eternal source of inspiration for

everyone in public life more so to the young communists, he said recalling the life and tireless efforts of Sundarayya for building Left movement in the south.