Special grievances day proposed for Muslims in Nellore in September 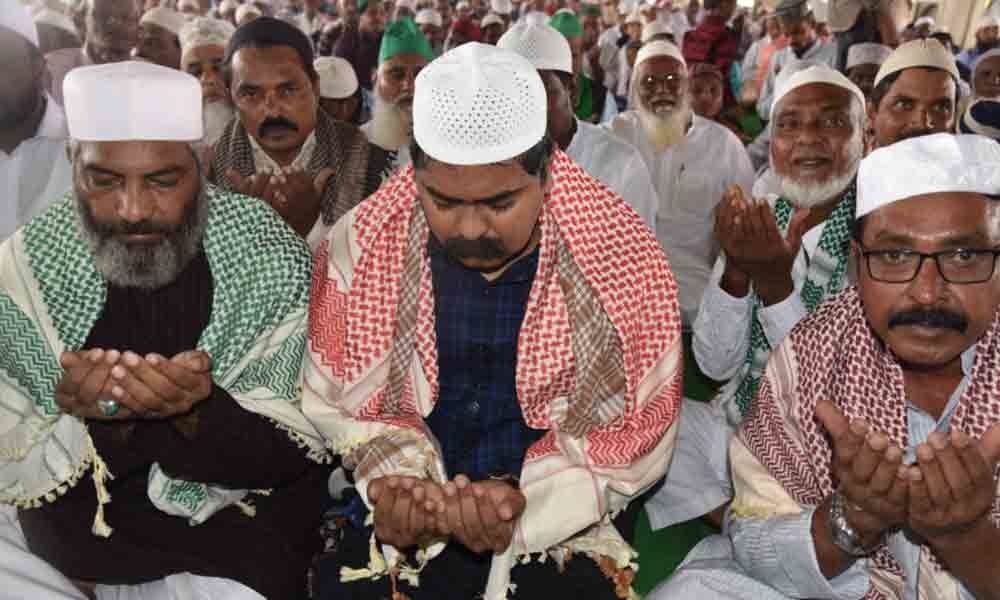 District Collector MV Seshagiri Babu said they would be conducting a special grievances day in September exclusively for the Muslim minorities.

Nellore: District Collector MV Seshagiri Babu said they would be conducting a special grievances day in September exclusively for the Muslim minorities. He participated in prayers at Barashaheed dargah on Monday.

Abu Bakr Ashrafi preached religious aspects in connection with the festival that indicates sacrifice. Authorities of Nellore Municipal Corporation made special arrangements for the prayers at the Dargah. The Collector said that Bakrid is celebrated as sign of sacrifice and explained that the minority people have celebrated the Bakrid with brotherhood.