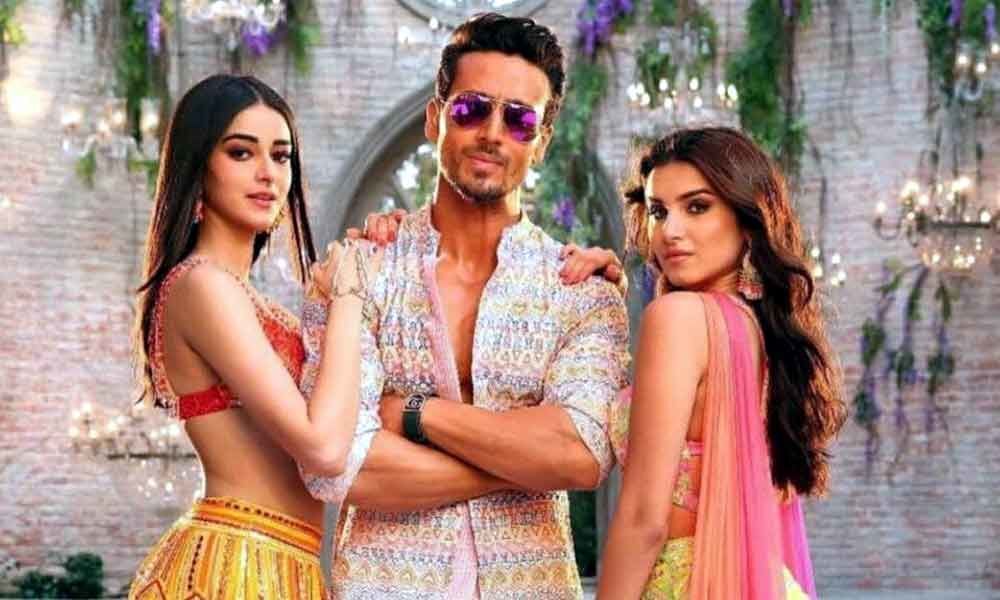 Actor Tiger Shroff, who is gearing up for the release of his next film titled ‘Student of the Year 2’, has said that makers of college drama film has tried to make a holistic film for the youth and the families as well.

Actor Tiger Shroff, who is gearing up for the release of his next film titled 'Student of the Year 2', has said that makers of college drama film has tried to make a holistic film for the youth and the families as well.

Tiger Shroff was interacting with the media at the promotional event of 'Student of the Year 2' along with his co-actors Tara Sutaria and Ananya Panday on Friday in Mumbai.

Recently, in an interview director 'Student of the Year 2' Punit Malhotra had said that he and Karan Johar wanted to make the college drama film for the longest time but once Tiger Shroff came onboard then they tweaked story of the film according to Tiger Shroff's image among the audience, when asked Tiger what he thinks about it, he said, "It is certainly true to an extent and for me, the reason I did this film because I wanted to play a different kind of role and I wanted to do something different apart from action."

Tiger said that Karan Johar and Punit Malhotra tried to make a holistic film for the audience, he said, "I feel I have to serve my audience as well. I think Karan (Johar) sir and Punit (Malhotra) sir decided that we should also not let my audience down so, I think there is a balance in this film. It's fair to say that I have pretty good audience in single screen theatres so, we have tried to make sort of more of a holistic film. We are not saying that it's just a multiplex film or just a single screen theatres film. I think it's a film for youth and families as well."

Within minutes of the trailer launch of 'Student Of The Year 2', starring actor Tiger Shroff and glamorous debutantes Ananya Panday and Tara Sutaria, Twitter turned into a meme ground with some social media users asking "where are such schools or colleges" and "why so much action".

From Tiger's aerial action stunts to the young beauties fighting for love, amidst the setting of a high-octane competition for a trophy, the three-minute long trailer showcased everything except the element of education.

Netizens took every opportunity to take a dig at the actors as well as producer Karan Johar, who had directed the first instalment of the film in 2012.

When asked Tiger such kind of criticism bothers him before the release of the film, he said, "No...I think just the fact that people are already talking about our trailer in all kinds of ways proves that we have definitely created some sort of impact on people. I definitely agree with people who are saying these things on social media as its very different kind of college and I wish that I was student of such college where you don't study at all but it's nice at the same time where you are showing sports and other stuff. It shouldn't just be about studies. You should have fun and enjoy your youth and have balanced lifestyle in college."

Tiger Shroff has earlier been part of 'Baaghi 2' which was a second instalment of successful 'Baaghi' franchise and now, Tiger is part of 'Student of the Year 2' which is second instalment of successful 'Student of the Year' franchise, asked Tiger what according to him makes a good sequel, he said, "I feel 'Baaghi 2' was completely different film from 'Baaghi' and the only similarity was my characters name in the film. I feel we took action to another level with 'Baaghi 2' however the film didn't work just because of the action. I feel story and emotion of that film touched audience heart."

Tiger hoped that he will not let his audience down with 'Student of the Year 2', he said, "In 'Student od the Year 2', we have different story altogether from its first part. In this film, the dynamic is also different from the first part. There is one hero and two heroines in the film. I think the only similarity in both films is the campus that we go to. I feel it's normal and natural for people to make comparison between two films coming from the same backdrop. It's fun because we are being compared with a hit film and I feel we are taking their legacy forward and I hope we don't let down our audiences."