Bhumika to team up with Balayya? 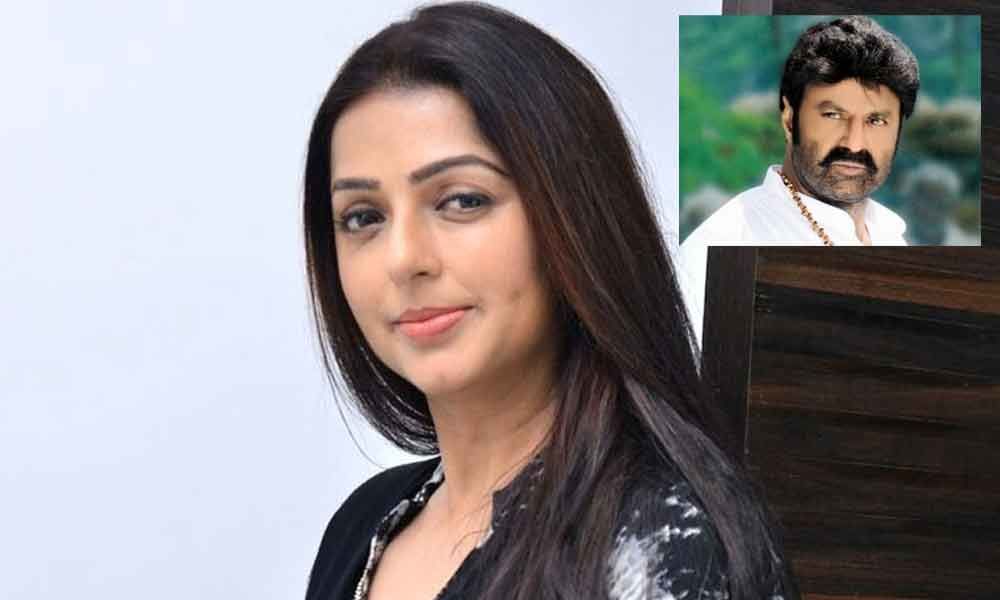 Popular actress Bhumika is reportedly playing a key role in Balakrishna’s upcoming cop story and would be appearing in flashback portions of the movie.

Popular actress Bhumika is reportedly playing a key role in Balakrishna's upcoming cop story and would be appearing in flashback portions of the movie.

"Bhumika has been roped in to play a meaty role opposite Balakrishna and their portions will be shot in Konaseema," says a source, close to the unit.

Although, director K S Ravikumar has signed two pretty girls-Sonal Chouhan and Vedika-there is an important story involving Balakrishna and Bhumika which is crucial for this action adventure.

"Regular shooting will begin from August 7 and major portions will also be shot in Bangkok," the source adds.

In fact, Bhumikha has been doing special roles these days. Apart from 'MCA,' she was also seen in films like 'U Turn' and 'Savyasachi' to keep her stocks soaring.

"Bhumika liked her role and happy to team up with Balakrishna for the first time in her career," the source points out.

Actually, Bhumika in her hey days romanced big stars like Pawan Kalyan(Kushi) Mahesh Babu(Okkadu) and Jr NTR (Simhadri) and also tasted success with lady-oriented movies like 'Missamma' and 'Anasuya' to carve a niche for herself.

She bid adieu to acting after her marriage and now she is back doing 'meaty' roles to showcase her acting chops. After Vidya Balan, Balakrishna will be working with another talented actress Bhumika in his next.