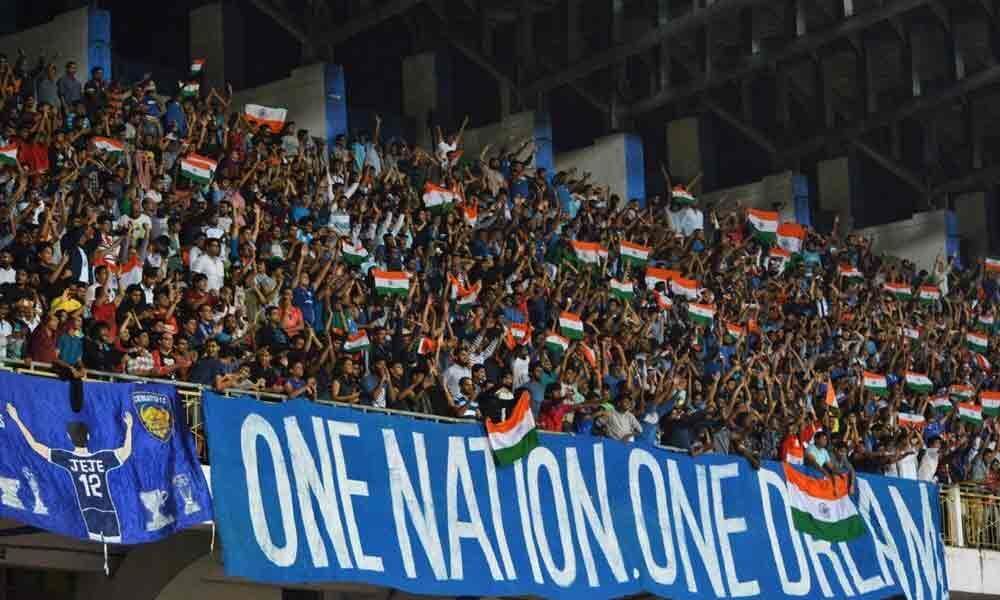 More than five decades ago, as this columnist was leaving home to enter into service, he approached his father for advice on how he ought to conduct...

More than five decades ago, as this columnist was leaving home to enter into service, he approached his father for advice on how he ought to conduct himself in the future that awaited him. Incidentally, it was also around the time that he had got married. His father's response was characteristically simple and crisp – "Be happy".

And none need be surprised to know that the discovery whether he has succeeded in fulfilling his father's wish is yet to be made! That exchange has relevance now because it was accompanied by a suggestion to start what his father called a "One India League".

It was not without adequate reason that the suggestion was made that day. Although barely two decades had passed since the freedom movement had successfully concluded in the liberation of the country from the clutches of colonial rule. Fissiparous tendencies had already begun to sprout at many a place.

The Telugus had fought a successful battle for the State of their own, the Sikhs had secured for themselves the State of Punjab and demands for similar dispensation had already arisen in Uttar Pradesh, West Bengal and Madhya Pradesh. The elation the people of the country experienced after Sardar Patel's successful consolidation of hundreds of geopolitical entities into a formidable nation, was already beginning to yield place to despair.

And, in between then and now, we have seen the birth of Uttarakhand, Chhattisgarh and Jharkhand, not to mention Telangana representing the rather unusual phenomenon of people speaking the same language getting a second State.

There are those who attribute this development to Pandit Nehru, who created the first set of the so-called "linguistic "states through the bifurcation of the then Madras and Bombay Presidencies into Tamil Nadu and Andhra Pradesh, and Maharashtra and Gujarat respectively. In fact, in a somewhat less – than – in – good – taste manner, it has been said that where Patel unified, Nehru divided.

All these developments have left one wondering what happened to the concept of 'India, that is Bharat' with which words the Preamble of the Constitution of India begins; wondering whether the much celebrated 'unity in diversity' is gradually yielding place to precisely the opposite sentiment.

India, after all, is an idea, a concept, that is much more than its political boundaries. Languages, religions, fine arts, cuisines, customs and traditions, some of them dating back to several millennia, are just a few of the strands which, woven together, form the rich fabric of our great nation.

A sense of oneness had united the land mass from the present-day Afghanistan, Pakistan, China, Iran, Tajikistan, Uzbekistan, Kyrgyzstan, Russia, Turkmenistan, Tibet, Nepal and Bangladesh, and even beyond to Thailand, Kampuchea and Indonesia.

Have you ever observed the gentle and subtle, but very clear undercurrent that connects one language to the next as one passes from one State to another? If one started from Assam, crossed over to West Bengal, then on to Odisha, Andhra Pradesh, Tamil Nadu, Kerala, Karnataka, Maharashtra, on to Gujarat then stopped at Rajasthan, one would hardly experience any jarring, abrupt or violent sensation, as one language, and culture, smoothly gave place to the next.

Undoubtedly each linguistic group has its distinct identity. The literature, the music, the dance forms and the cuisine have an unmistakable uniqueness. Still it is no challenge, to a person with the ability to sit back and look at the larger picture, to see the fabric that is woven out of the thread of common features- the fabric of an India.

True, on the surface India may appear torn by differences of caste, race or religion. But, then, so is the surface of a glacier, full of deep fissures and crevasses and stained with mud. Yet, the glacier is one, just as India is. What keeps the glacier together is the underlying bed of snow melt that has accumulated over time.

One cannot help wondering whether, similarly, it is the strong belief in the thought that 'spirit is the basis of all that exists' to quote Pandit Nehru, that unites our country. A country whose main religion transcends faith and has become a way of life. And, just as the fissures of the glacier constitute the mechanism of its motion, the naturally existing diversity of India, properly harnessed, could become the mechanism for its growth, development and progress in the future.

Thus, when all is said and done, one can take solace in the fact that there would appear to be no threat to the concept of 'one India' in the near future. Provided, of course, that the divisive and manipulative forces, that keep sprouting here and there from time to time, are taken on and combated effectively.

For, when not handled family, those forces can fan the destructive flames of communal tension, spurred on by misguided forces acting as much for parochial gain, as from misguided zealous bigotry. What should really be worrying those in charge of the affairs of the country is the alarming and disturbing tendency, to undermine the economy of constitutional bodies that have brought glory to our nation the world over, over the past seven decades.

And the persisting inability of the Central and State governments to let go of the power and authority concentrated in their hands and allow it to permeate down to the grassroots level through a process of genuine 'decentralisation', and not merely 'delegation'.

The effort the British made to integrate the different regions of the north-eastern part of India into the state of Assam did not prove lasting, as, during the regimes of Indira Gandhi and Rajiv Gandhi, they got separated once again into what are now known as the seven sisters. In fact, some of them were on the verge of cessation from India although, it must be conceded, that stage has passed.

A similar major effort at integration of ethnic groups and different nationalities into a mega federation, namely the USSR or the Soviet Union by the then Communist regime remained intact only so long as the unity was forcibly enforced.

So it was, again, in the case of countries such as Yugoslavia was vindicated by and Czechoslovakia. And when disintegration ultimately took place in those cases it was unfortunately preceded by genocide, massacred and bloodbath between the different ethnic and religious groups.

Maintaining the integrity and unity of a nation such as India is indeed a daunting challenge, almost as formidable as preserving the legitimately democratic flavour of the governance of the nation and the States it comprises. Little wonder, then, that this columnist shudders at the thought of his father appearing before the mind's eye and asking him genuinely to state whether he is happy or not!