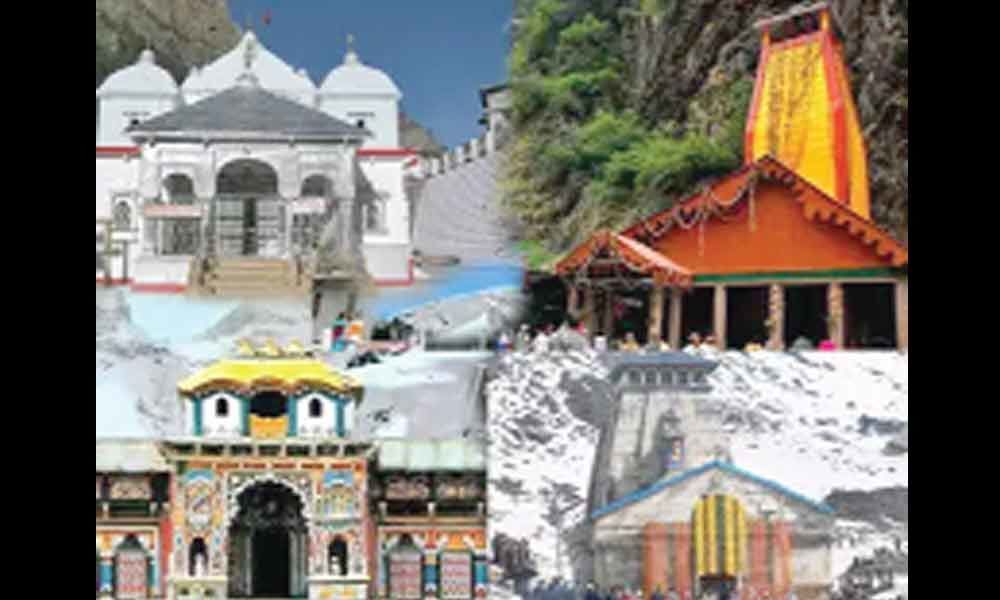 'Chardham Yatra' - the pilgrimage to four Hindu shrines nestled in Garhwal Himalayas of Uttarkahand, begins on Tuesday, on the auspicious Akshay Tritiya day.

Welcoming the pilgrims, Chief Minister Trivendra Singh Rawat wished them a successful pilgrimage to the four shrines of Kedarnath, Badrinath, Gangotri and Yamunotri.

"Uttarakhand is ready to welcome the pilgrims coming for the Chardham Yatra," Rawat said.

The security and various other amenities for pilgrims will also be taken care of, he said.

While the portals of Gangotri and Yamunotri shrines are being reopened on Tuesday, the Kedarnath and Badrinath shrines will be thrown open for pilgrims on May 9 and May 10, respectively.

Although heavy snow is still around the Kedarnath temple premises, the snow from the path leading to the shrine has been cleared, said Mohan Lal Thapliyal, the Chairman of the Badrinath-Kedarnath Temple Committee.

The government has made arrangements for nearly 3,000 pilgrims for the night stay at Kedarnath by constructing makeshift tents and also reconstructing the damaged huts.

Significantly, most of the snow has already melted. But there is still 4-5 feet of snow at Kedarnath which the pilgrims can enjoy.

However, the road leading to Yamunotri shrine in Uttarkashi district is still in bad shape, with the repair work on a vital bridge connecting the temple still in progress.

"We are hopeful that all the reconstruction works will be completed by May 7," said Uttarkashi District Magistrate Ashish Chauhan. He said there is no issue pending as far as Gangotri shrine is concerned.

Later, Raturi said adequate police force has been deployed at all the vital points in the Chardham Yatra.