Climate change must be mainstreamed 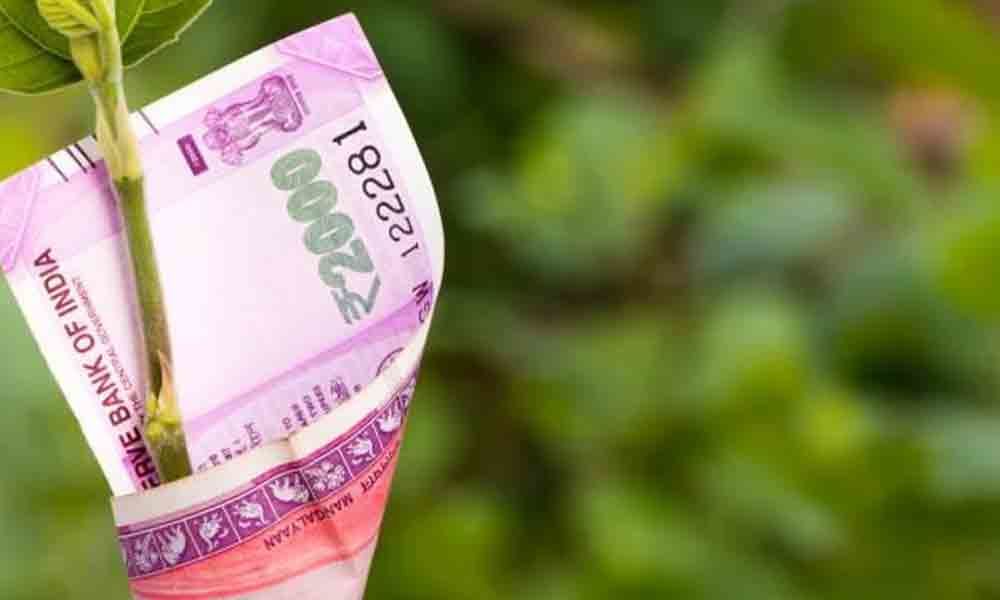 While the 2020 Union Budget has already been prepared, the week before the Finance Minister’s speech is nevertheless accompanied by media wish-lists....

While the 2020 Union Budget has already been prepared, the week before the Finance Minister's speech is nevertheless accompanied by media wish-lists. What should the Union Budget do to combat climate change?

India introduced a cess on coal in 2010-11, with the revenue nominally ring-fenced for the National Clean Energy Fund. The figure was increased to Rs 400 per tonne in 2016.

Given India's long-standing position that it needs cheap coal to ensure access to energy for its poor, a tax on this 'aam aadmi' item emphasises its commitment to combating climate change.

A climate cess can be a powerful tool for raising funds and well as promoting climate-efficient consumer choices. The last Economic Survey had a chapter on nudge economics to effect behavioural change.

Many countries are faced with air travel being much cheaper than trains due to the perverse operation of free markets, despite aviation's larger climate impact.

In India, better classes of trains (such as Rajdhanis and Shatabdis) as well as the higher class of seats on other flagship trains are increasingly going empty.

India must leverage the strengths that come from its present railway operations being the largest in the world after China's (with future growth expected to be higher than any other country). It should also use the blessing of a (still) state-owned railway whose fares are controlled by the government.

A "climate cess" added to every air ticket can end the market perversities which result from neglecting negative externalities and show the way to the world.

Revenues from such a cess may be ring-fenced for use by the railways — not just in pursuit of its recently announced world-leading goal of attaining net-zero carbon emissions by 2030, but also for other things. These include subsidising fares and freight, high-speed rail and general operational improvements, including safety.

Indeed the government can go sector by sector to incentivise carbon-efficient consumer choices as well as raise funds for climate action.

In the urban transport sector, maximum mitigation bang for the Budget speech buck is likely to come from 'low-tech' solutions such as walking and cycling infrastructure.

Indeed the Inter-government Panel on Climate Change (IPCC) has noted that 'Walking Cities' have existed for 8,000 years. Some are now merely being reclaimed around their walkability.

Indeed some argue that what the climate really needs is a "dumb city". Much of the urban India of 2050 remains to be built. Once built, urban layouts are often locked in for centuries.

Flagship programmes such as the smart cities projects need to put walking and cycling at their very heart. For existing cities such as Delhi, blessed with large open spaces, cycling and walking infrastructure for commuters in forests and parks needs to be substantially upgraded as well as promoted through city-wide route maps.

As the world prepares to bury the "automobile city" model of the twentieth century, India must lead by launching a National Cycling and Walking Highways Scheme with an appropriately imaginative acronym.

Low-tech (or 'appropriate technology') also needs to extend to technologies as conventionally understood to be embodied in machines. Elon Musk may have been called the world's "greatest living inventor", but India had an estimated 1.5 million electric rickshaws plying its streets in 2019 — higher than the total number of electric cars sold in China since 2011, the world's largest market.

Considering these vehicles are used all day for shared last-mile commutes, rather than being parked most of the day in a Silicon Valley Garage, their impact on climate change mitigation as well as local air pollution can be immense.

This is the real electric vehicle revolution and India stands at its cutting edge.

This revolution is also a 'make-in-India' success story, with most manufacturers being medium-scale industries which begun with assembling Chinese rickshaws but now increasingly import little more than motors and electronics.

Most crucially, the electric rickshaw is powered by 'low-tech' lead acid batteries, which are not only cheaper than their lithium counterpart, but also well-understood by local mechanics all over rural India and not dependent on imports of fast-depleting rare earths.

The government would do well to leverage this strength not just through subsidies and taxes but through research on the next generation of lead acid technology.

It should also roll out a battery-swap infrastructure (rather than just a charging infrastructure) in urban petrol pumps which can banish range anxiety and enable the e-rickshaw to compete with auto rickshaws in slow moving urban traffic.

More generally, it has been argued since the 1991 reforms that the Union Budget is a mere tamasha, as the role of the government in the economy is severely circumscribed. That assessment of course neglects the important roles than governments play even in the best functioning market economies to fix "market failures".

British economist Nicholas Stern has called climate change the greatest market failure the world has seen. Climate action needs to be mainstreamed into the process of budgetary allocation.

A first step would be a 'Statement on Climate Change' released with the Union Budget, which states all the climate-relevant budgetary allocations of multifarious departments, from irrigation and flood control to agriculture and energy.

This can not only be a powerful tool to assess our programmes and identify critical gaps but also enable India to make a better case for climate finance from agencies such as the Green Climate Fund, though such a requirement is not yet mandatory.

Nevertheless, Denmark's new climate law passed last year (2019) not only requires to government present an annual assessment but also requires the climate minister to be grilled by Parliament which is to be the final judge of government action. The proposed statement must at the very least be subject to the full parliamentary scrutiny that is applied to the core of the budget.

But the Union Budget needs to go further and align financial outlays in a manner responsive to climate change. India would do well to develop a version of United Nations Development Programme's (UNDP) Climate Public Expenditure and Institutional Review (CPEIR), an approach tried by some Indian states to varying degrees.

CPEIR assigns a 'Climate Relevance Index' to all government activities, from disaster risk reduction and renewables development to livelihood programmes. More generally, the methodological framework called Climate Change Responsive Budgeting (CRB) has been adopted in some form in at least 15 countries.

In India's own neighbourhood, in 2012 Nepal became the first country in Asia Pacific to adopt "climate change tagging" in the budget. In 2014, Bangladesh adopted a Climate Fiscal Framework (CFF) in 2014 which proposes a climate expenditure tracking framework (CETF) to be applied to all line ministries' budget submissions.

There is much to expect for climate action from the Union Budget through big ticket schemes which incentivise carbon efficient consumer choices as well as low technology or alternative technology solutions best suited to India's needs.

But it is more crucial that climate change be mainstreamed into every part of the budgetary allocation process.

Last date for submission of entrance tests extended to April 20...