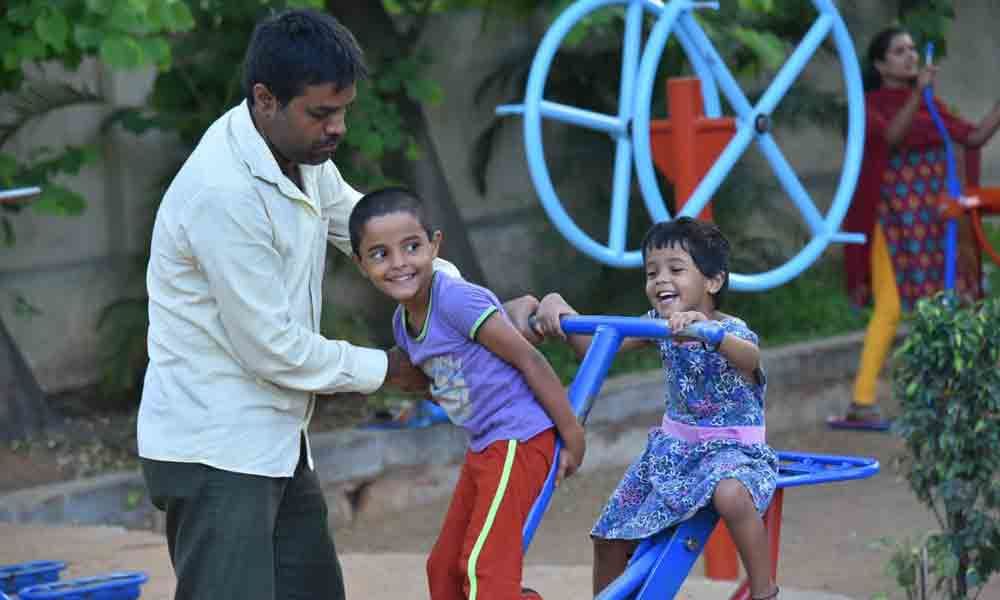 There is generally a notion that by just being a biological father, respect can be commanded from children! Mind you, being a real dad involves much more

It's Father's Day again! Let's take a different route this time from just showering gifts or flowers on fathers, but genuinely focussing the light on the significance they hold in our lives to express the never-ending gratitude and to provide some enlightenment to those who just consider themselves mere 'spectators' during their child's growth.

Mothers have long been recognised as critical to children and their success later in life and have been long encouraged to play an active part in their children's lives. It is high time that we, as a society, formally recognise and emphasise the importance of fathers in raising children instead of thrusting all responsibilities on mothers alone.

There is generally a notion that by just being a biological father, respect can be commanded from children! Mind you, being a real dad involves much more; it takes a whole lifetime of hard work! Fathers play a key role in every child's life that can have a large impact on a child and help shape him or her into the person they become. Fathers, like mothers, are pillars in the development of a child's emotional well-being. Children look up to their fathers to lay down the rules, enforce them, to provide a feeling of security -both physical and emotional.

Having more-involved fathers has many beneficial impacts on children as pointed out by researchers. Girls with closer relationships to their fathers are said to be less likely to have mental problems later in life. Studies have highlighted the positive impact of fathers and father-figures on sons, including helping them develop a healthy gender identity as well as better recognition and responsiveness to their emotions. Children with involved, caring fathers also have better educational outcomes. The influence of a father's involvement extends into adolescence and young adulthood.

Fathers can not only influence who we are inside, but how we have relationships with people as we grow. The way a father treats his child will influence what he or she looks for in other people. Friends and spouses will all be chosen based on how the child perceived the meaning of the relationship with his or her father. There is no doubt that the patterns a father sets in the relationships with his children, will dictate how his children relate with other people. Reports even state that children with absent fathers are more likely to drop out of school, become truant or struggle with their academic work.

A child keenly observes how his father, as the head of the family fulfils responsibilities in a family, how he provides support in a crisis, how he treats his wife or mother and how he loves his children. This will invariably reflect in his own behaviour - he will learn to respect his own mother and other women if he could imbibe that quality from his father. Studies have shown that in households where the mother is ill- treated by the father, not only will the child learn to be abusive but would also end up in having behavioural or conduct disorders.

In the earlier generation, only 10 per cent of children were raised without a father at home. Today, 40 per cent are. There are many reasons behind this sobering statistic. Increased divorce rates, men being focused more on their careers, weakened bonds with the family, reduced sense of values regarding the institution of marriage or family, above all the people becoming more and more self-centred can be cited as the major problems.

On this big day, it would be worth spending a little time to remember that in order to be in your child's memories tomorrow, you need to be in his life today. A real father is one who places his child above all selfish needs; who does not abandon the obligations towards the child but willingly gives his life and breath to bring up the little one into a wonderful human being, who could confidently spread his wings to conquer the skies!