The Seven Last Words of Jesus from the Cross Explained 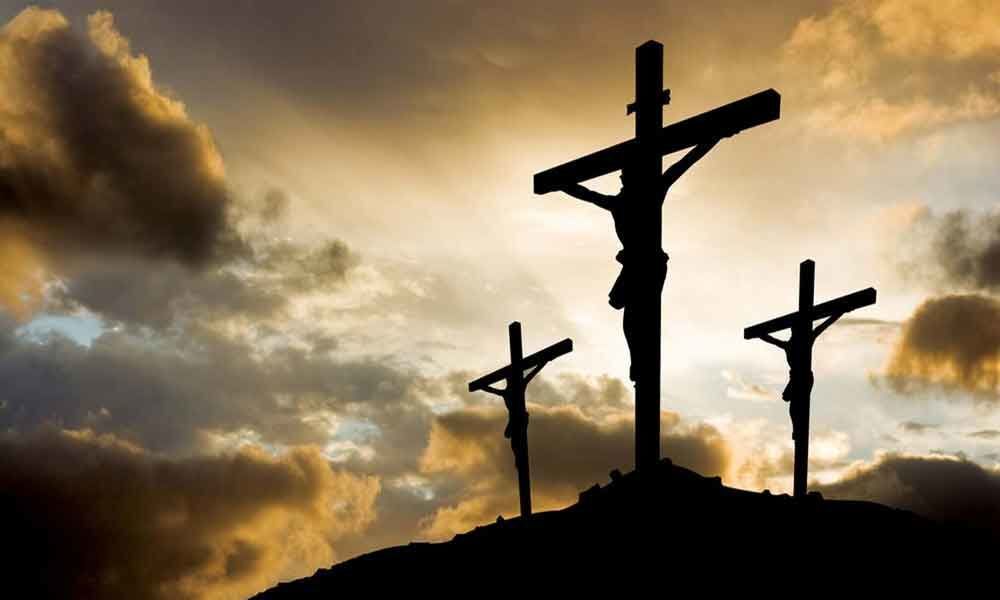 Every year on Good Friday, Christians take time to meditate on the depth of Jesus' sacrifice for us in suffering a humiliating, bloody death by crucifixion.

Every year on Good Friday, Christians take time to meditate on the depth of Jesus' sacrifice for us in suffering a humiliating, bloody death by crucifixion. It's a time to dwell on what Jesus suffered for us, in all its pain and intensity, without rushing straight ahead to the good news of Easter, resurrection, and new life.

The Last Words of Jesus

One of the ways Christians have traditionally meditated on Good Friday is by reading and reflecting on the seven last words of Jesus from the cross. Luke records the final words of Jesus before he died on the cross:

It was now about the sixth hour, and there was darkness over the whole land until the ninth hour, while the sun's light failed. And the curtain of the temple was torn in two. Then Jesus, calling out with a loud voice, said, "Father, into your hands I commit my spirit!" And having said this he breathed his last. (Luke 23:44)

Significance of His Last Words

This passage is a moving account of Jesus' dying words. When everything was said and done, Jesus' work on the cross was all but complete, and his proclamation, "Father, into your hands I commit my spirit!" finished the work. The significance of Jesus' statement lies in a conversation he had with religious leaders about his role in God's great plan:

I am the good shepherd. I know my own and my own know me, just as the Father knows me and I know the Father; and I lay down my life for the sheep. And I have other sheep that are not of this fold. I must bring them also, and they will listen to my voice. So there will be one flock, one shepherd. For this reason the Father loves me, because I lay down my life that I make take it up again. No one takes it from me, but I lay it down of my own accord. I have authority to lay it down, and I have authority to take it up again. This charge I have received from my Father. (John 10:14)

No one truly took Jesus' life from him. God had given him a specific task. That task was to lay down his life on behalf of the world (John 10:18).

Just as it was Jesus' God-given task, it was also Jesus' choice to lay down his life.

When we read of Jesus before his crucifixion, the gravity of this choice becomes even more apparent. In Luke 22:39 Jesus spends an intense evening in prayer, wrestling with the reality of the task ahead of him. Going so far as to ask God to remove the task, to make another way, Jesus ultimately concludes that God's will must be done.

Thus, when Jesus finally declares in Luke 23:46, "Father, into your hands I commit my spirit!" Jesus is voluntarily laying down his life. No one took it from him—in fact, when the soldiers came by to make sure the men on the crosses would die quickly, it was obvious to them that Jesus was dead already (John 19:31).

Jesus faced the incredible task of laying down his life as a ransom for the world. This task was traumatic and overwhelming, but Jesus accepted it willingly. After hanging on the cross for three hours, Jesus finally gave up his own life. He was not helpless at the hands of those who crucified him—he alone had the authority to end his life. In Matthew 20:28, Jesus says, "The Son of Man came . . . to give his life as a ransom for many." The crucifixion was Jesus' plan, and it was his plan from before creation—he's the Lamb who was slain from the foundation of the world (Revelation 13:8).

But Jesus' death is still death. It is still an abomination. Though Jesus submitted, this doesn't mean everything was fine. The author of life was murdered by evil men (Acts 2:23). But Jesus yielded to the evil and injustice because he knew who was really in charge.

The story doesn't end here; there is the hope we celebrate at Easter. But for now, let's take a moment to acknowledge the suffering sacrifice of our Savior. You can give thanks to Jesus for his steadfast love and faithfulness that led him to lay down his life for you as a ransom.