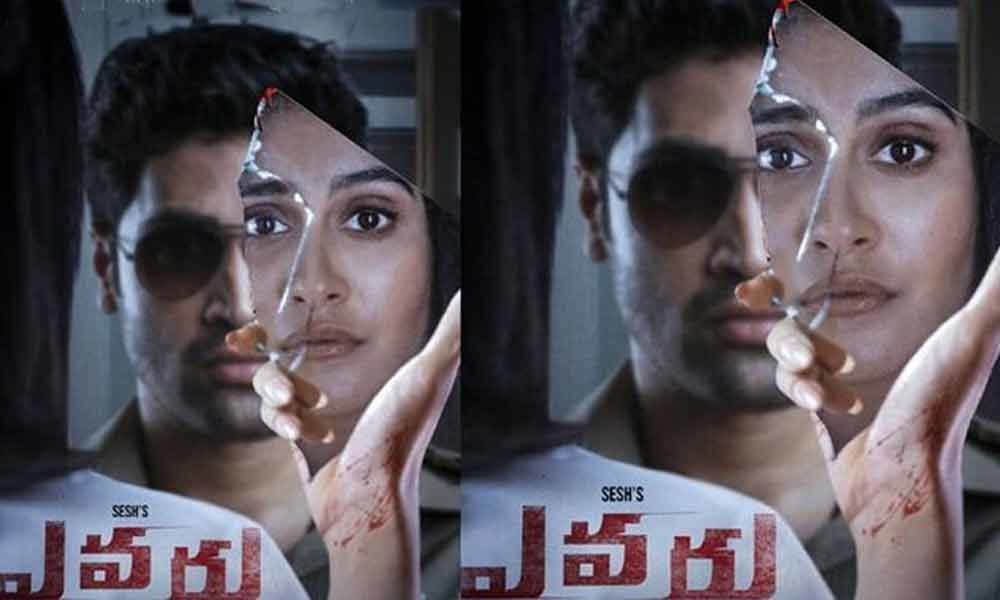 Adivi Sesh has come up with yet another decent thriller at the box-office now. The movie also stars Regina Cassandra in the leading lady role. The movie is directed by a newcomer Ramji. PVP Cinema produced the film. Check out the review of the movie here.

Vikram Vasudev (Sesh Adivi) is a police officer who is investigating a murder case involving Sameera (Regina). The case looks like an open-shut case but there is something more than everyone knew. What is it? What did Vikram do to find it out? What happens in the end? Forms the story of the movie.

Adivi Sesh leads from the front with his amazing performance in the movie. His physique suited well for his role and his outstanding performance as a police officer can be considered as the plus points of this film. Regina Cassandra breathes life into her character and showcased variations in her role very well.

She is definitely the perfect pick for the role and Regina leaves an impact on the audience with her performance. Naveen Chandra is terrific in his role and has delivered an honest performance in the film. Murali Sharma is good in the role he was offered. The rest of the characters also made their presence felt.

Director Venkat Ramji has executed the story really well. The way he has narrated the complicated story in an easily understandable way is really impressive. Also, he has come up with some mind-blowing twists in the film and his pace of narration is definitely worth appreciating. Production values by PVP Cinema banner are very rich and became one of the plus points of the film.

Music by Sri Charan Pakala is top class. His catchy tunes made the movie even more intriguing. Cinematography by Vamshi Patchipulusu is top-notch. He has produced some brilliant visuals for the film. Editing by Garry BH is clean.

The gripping story line can be considered as the biggest plus points of this film. The movie starts off on an interesting note and the entire first half is about establishing the characters. But on the other hand, the second half will make us change our opinions on each and every character and the amazing twists make the audience even more involved in the story.

The riveting story, engrossing twists, performances and music can be considered as the biggest plus points of this film. The movie has no major flaws which is definitely a good thing. Overall, 'Evaru' is definitely a must watch movie which will definitely give a thrilling ride for the audience.