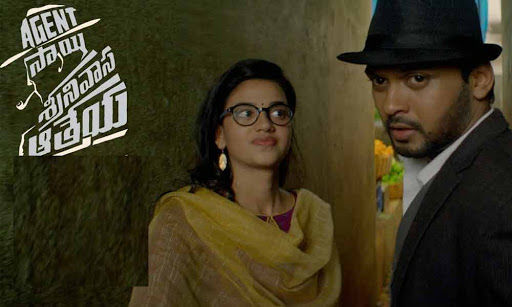 Touted to be a humorous investigative thriller, the new film Agent Sai Srinivas Atreya revolves around the adventures of a detective based out of Nellore and it is played by Naveen Polishetty. The actor is pretty happy with the release of the movie. Directed by a newcomer Swaroop Raj, the movie is produced by Rahul Yadav Nakka who earlier produced Malli Rava. Check out the review of the movie here.

Sai Srinivas Atreya (Naveen Polishetty) is a private criminal investigator who lives in Nellore. He doesn't have any work and eagerly awaits an interesting case. One day, he gets arrested in a suspicious case and reaches Ongole. He starts investigating the case and gets involved in another big case. What are these cases? Can Athreya solve these cases? What happens in the end? Forms the rest of the story.

Director Swaroop RSJ has proved that his storytelling skills are actually amazing. The way he has narrated the script in an interesting way is commendable. Despite picking up a complicated genre, the director has succeeded in making the audience stick to their chairs from the start to the end. Production values by Rahul Yadav Nakka under Swadharm Entertainments banner is luxurious. It is evident that producers have not compromised in terms of quality. Music by Mark K Robin is outstanding. His excellent music added more strength for this film. Cinematography by Sunny Kurapati is decent. He has produced some bright and colorful visuals for the film. His camera angles are also good. Editing by Amit Tripathi is clean and neat.

Good performances, music and interesting screenplay can be considered as the major plus points for this film. However, the slow-paced narration in the first half is the major setback of the film. Things start slow in the first half but the director has made it even more interesting in the second half. Though there some boring scenes in the film, they won't disturb the flow of the film. The second half is crisp when compared to the first half. The interval twist is good. The climax is handled well. Director has executed the complicated story in a good way. On the whole, Agent Sai Srinivasa Athreya is a watchable film.