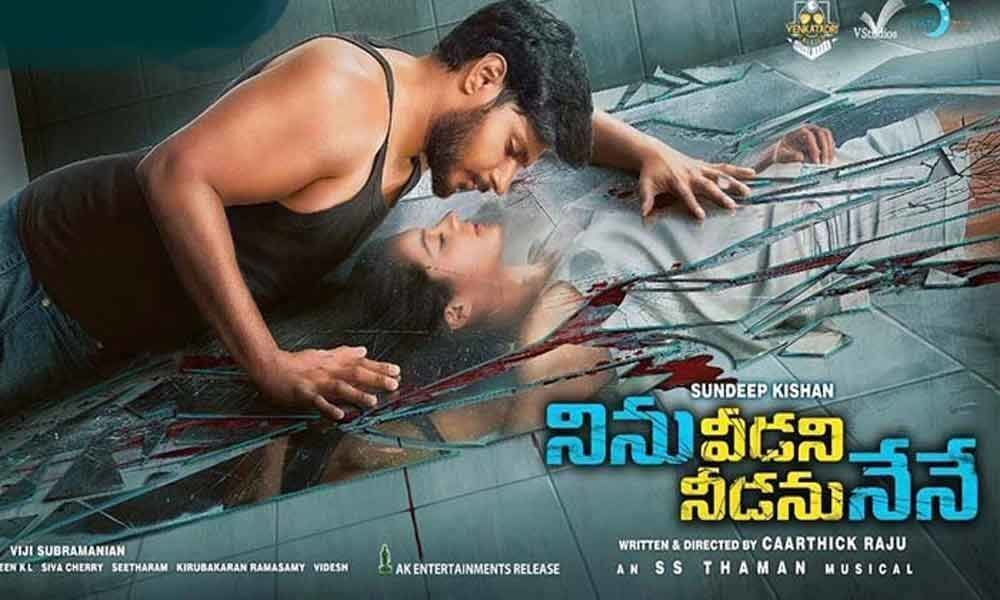 Sundeep Kishan and Anya Singh paired up together for an exciting project titled Ninu Veedani Needanu Nene. The film marks the debut of Sundeep as a producer too. The young hero is hoping that the movie will do well at the box-office bringing him the much-needed success. The film released today and read on to know the review on the movie.

Production values by Daya Pannem and Viji Subramanian are very lavish. Music by SS Thaman is outstanding. He has produced pleasant and good music for this film. Cinematographer PK Varma has produced some sleek visuals for this film. Editing by Praveen KL is clean.

Director Caarthick Raju has come up with a really interesting movie and proved that he has some interesting storytelling capabilities. The way he has handled the complex story is really outstanding. He has executed the script well and narrated the story in an interesting way. He has succeeded in making the movie as crisp as possible without adding any unnecessary elements. The movie starts off on an interesting note and the entire first half is filled with comedy, romance and also some horror sequences. The interval twist is really interesting. When compared to the first half, the second half is also good and will have so many horror sequences which are handled well. Most of the horror sequences are not that scary but the interesting story will keep the audience engaged. Storyline, performances and music can be considered as the plus points of this film whereas some of the draggy scenes in the second half will be minus points. To conclude, 'Ninu Veedani Needanu Nene' is a genuine attempt and is a worth watching film.

Disclaimer:c This Review is An Opinion of One Person. Please Do Not Judge The Movie Based On This Review.  Watch Movie in Theatre
More On