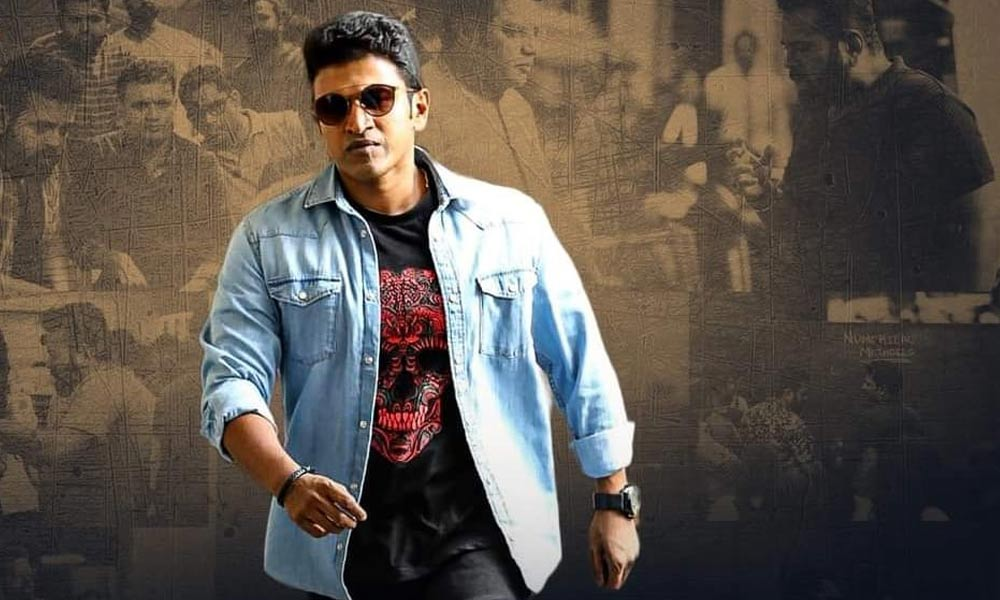 Director Santosh Anandram has tried through his new movie “Yuvarathnaa” to convey that education is one of the vital services that a modern State is expected to provide to its people. Privatization of education refers to the State’s policy of allowing educational institutions to be run by non-State or private parties for monetary benefits. The team Raajakumara is back with a power packed concept of education combined with powerful dialogues.

The film begins with the suicide of a student Sameera (a victim for a privatization of education) and her principal of RK University, Gurudev Deshmuk (Prakash Raj) decides to fight against the education mafia with the help of his former student and IAS officer Samarth Bagawath (Diganth Manchale) and a few others. He approaches other government aided universities across the State to sign a petition against private institutions and get support for Justice-for-Sameera campaign. This campaign leads to the entry of the protagonist (Puneeth Rajkumar) who shifts his base to RK University from Mangaluru.

This sets up the stage nicely for protagonist Arjun to make his entry as an engineering student and creates curiosity among the audience as he joins the anti privatization campaign in his own way. He gets to know some rowdy elements and drug peddlers masquerading as students trying to vitiate the atmosphere on the campus of RK University at the behest of Antony Joseph (Dhananjay), the master mind behind privatization of education. How Arjun goes about reforming the drug-hit university and put the students’ focus back on their dreams and get 100 percent results, sets the rest of the story.

The first half seems a bit lengthy as the director tries to fill it with an overdose of drama. The audience is left in no doubt about the flashback of Arjun and his links to RK University. Several predictable twists and turns like the villain going after hero’s loved ones on the college premises produce a feeling of ennui among the audience.

But the film becomes gripping in the second half where all the real action is and turns out to be an emotional roller coaster for the audience. The director shows his mastery dealing with a very difficult subject.

In the end, it is the charismatic performances of Prakash Raj and Puneeth Rajkumar that keeps the audience rooted. Prakash Raj is brilliant and his characterization is unique. Sayyeshaa Saiga only appears in the first and few minutes of the second half, she looks gorgeous in those brief moments. Sadhu Kokila comes as a doctor and Rangayana Raghu as a non-teaching staffer are just okay in the comic portions. Though the film also has many other senior actors, they are not very impressive like Sudharani and Rajesh. S. Thaman songs and background score enhances the quality of the film and Venkatesh is at his best as a cinematographer.

Overall, director Santosh Anandram tried his best to show how privatization of education is taking away the right to education from the common man.

“Yuvarathnaa” highlights human values same as his previous hit “Rajakumaara”. Especially for fans of Puneeth Rajkumar, “Yuvarathnaa” is a treat with ample dose of action, sentiments, comedy and even romance.