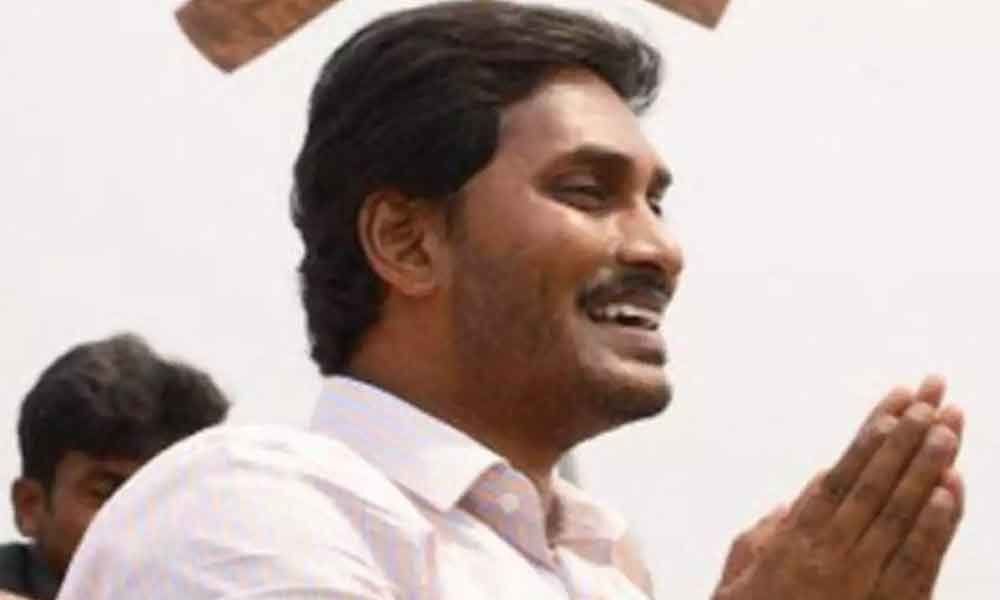 With the landslide victory of YSRCP the people of Andhra Pradesh are eagerly awaiting for an official announcement on prohibition by YS Jagan Mohan...

With the landslide victory of YSRCP the people of Andhra Pradesh are eagerly awaiting for an official announcement on prohibition by YS Jagan Mohan Reddy, as Chief Minister of truncated Andhra Pradesh during his swear-in-ceremony to be solemnised on May 30 (Victory big responsibility on me now – Jagan: Hans India, May 24).

Vexed with the failure of previous regimes in restraining the abundant flow of alcohol and faith on the promise made by YS Jagan Mohan Reddy on 3 phases prohibition denizens have supported the YSRCP wholeheartedly without any second thought.

After realising the aspirations of public the chief of the YSRCP has assured total prohibition in 3 phases if he voted to power during his walkathon.

By inserting that landmark assurance in YSRCP flagship "Navaratnaalu" the chief of the YSRCP has proved him as a visionary among the public.

Alcohol always affects one's immune system and as per science such situation can lead dysfunction of all major organs in the body, making one as a bedridden.

As per crime report the prime reason for drastic rising of criminal and accidental cases is nothing but consumption of alcohol.

Sadly most of the previous regimes have shown laxity in restraining drinking habit among the public citing handsome revenue.

By encouraging the drinking habit among the public previous regimes have done much injustice to the society. How can family stays in prosperous with an alcoholic as their family head/member?

An alcoholic always creates terrific atmosphere and shows ungracious behaviour in the house like abusing, beating and threatening the family members.

Unable to bear unhappy life with alcoholic husband, if go through the regular media reports, wife prefers to commit suicide and young boys and adolescent girls prefer to run away from home at such time who are becoming a scapegoat in the hands of antisocial elements, who are eking out their living with an indecent professions.

A Chinese proverb says "When eating bamboo sprouts, remember the man who planted them". Which means persons who elevated to higher position should not forget the assurances made by him to secure such position.

Implementation of total prohibition in three phases across the AP as promised is need of the hour to the new Chief Minister of Andhra Pradesh as such sincerity can ensure him to secure unbreakable and tremendous success in his entire political life like at present with the outright blessings of people. May god bless the new CM of AP with great success always.