Commissioner fetes ACP on getting medal 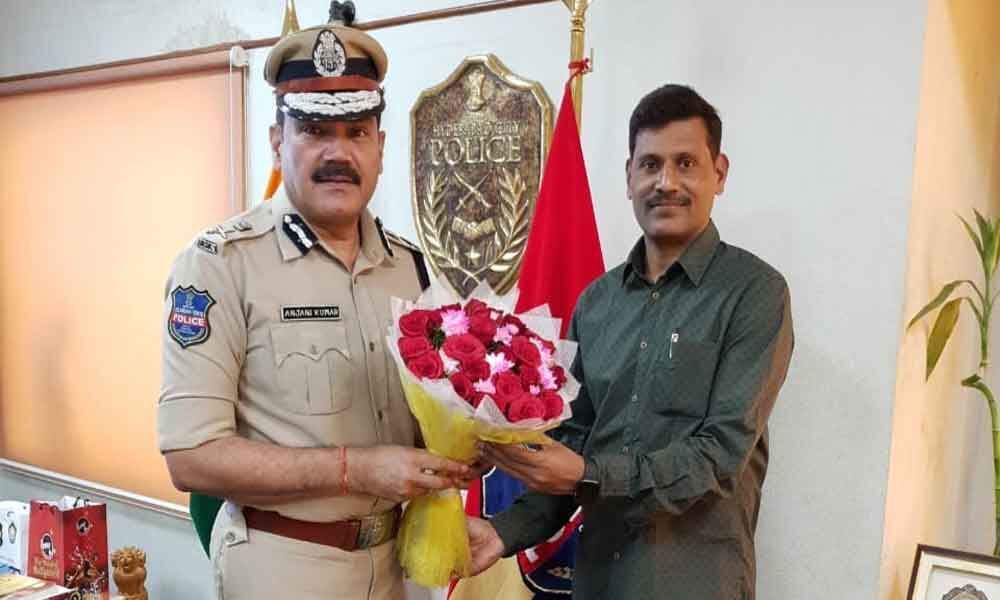 It may be recalled that Mohan Kumar, while working as SHO in Panjagutta Police station, investigated a sensational murder case wherein five accused persons had brutally killed one person in July, 2015. He investigated the murder case and filed a charge-sheet before the court and after examining the witness, the court awarded five years imprisonment for all the five accused.

Furthermore, while investigating a rape case in 2016, he filed a charge-sheet before the court, based on which the court convicted the accused person for 10 years of rigorous imprisonment. S Mohan Kumar is one of two officers who have been rewarded from Telangana State.

Warangal: GWMC gears up to meet water needs in summer

Every child's future under threat from climate change

Two held for duping people promising jobs in IT companies

Decide who you want to be