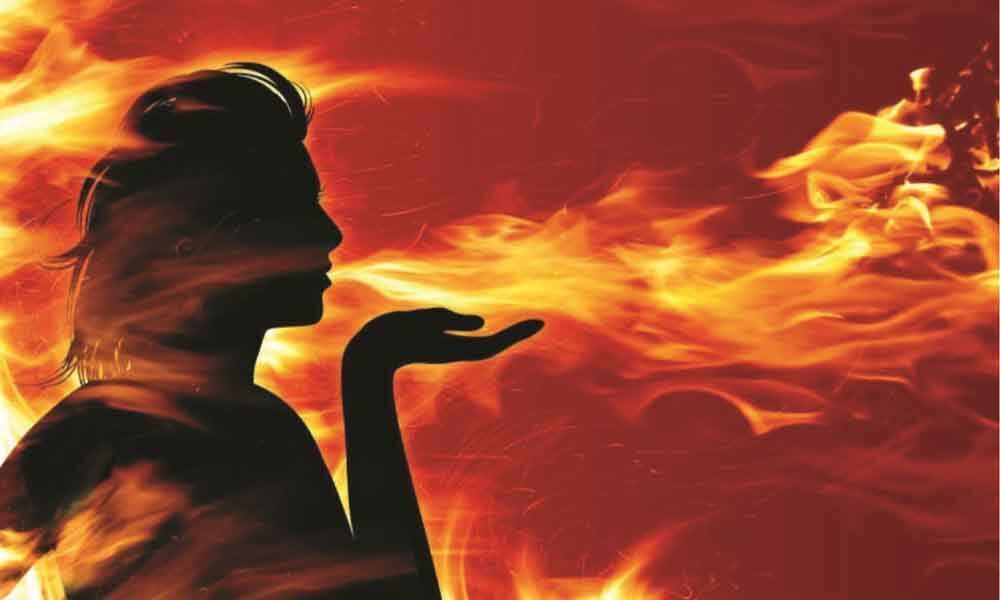 Poems on Pulwama by Dr Fatima Shahnaz will be organised at Lamakaan, Road No 1, Banjara Hills on April 25.

Khaki: Poems on Pulwama by Dr Fatima Shahnaz will be organised at Lamakaan, Road No 1, Banjara Hills on April 25.

Fatima Shahnaz's collection, 'KHAKI - Poems on Pulwama' is an outpouring of the shock, outrage and emotional distress felt across India after the terrorist suicide attack on unarmed Indian forces at Pulwama, Kashmir, in which 44 Indian soldiers were killed.

These poems were written and completed within barely two weeks, from February 14, 2019 to March 3, 2019, following the assault, purportedly by a terrorist in Pakistan's proxy war on India.

The poems in KHAKI are unabashedly patriotic, reflecting Fatima's yearning for her homeland throughout her life. While the poetry additionally reflects her humanitarian mission as she continues to uphold her ideals of global justice and peace, she is also aware of the compelling urgency for the preservation of the Indian democracy, the largest in the world, and the pluralism and secular ideals at its core.

The range of these poems embodies the poet's academic career as an author and an advocate of international human rights who has been vocal for racial and social justice and as an anti-war activist promoting global peace in the New York area, where she lived after growing up in Europe. She has also proactively condemned violence against women in speeches and activism in India since her return to her homeland.

What: Poems on Pulwama attack