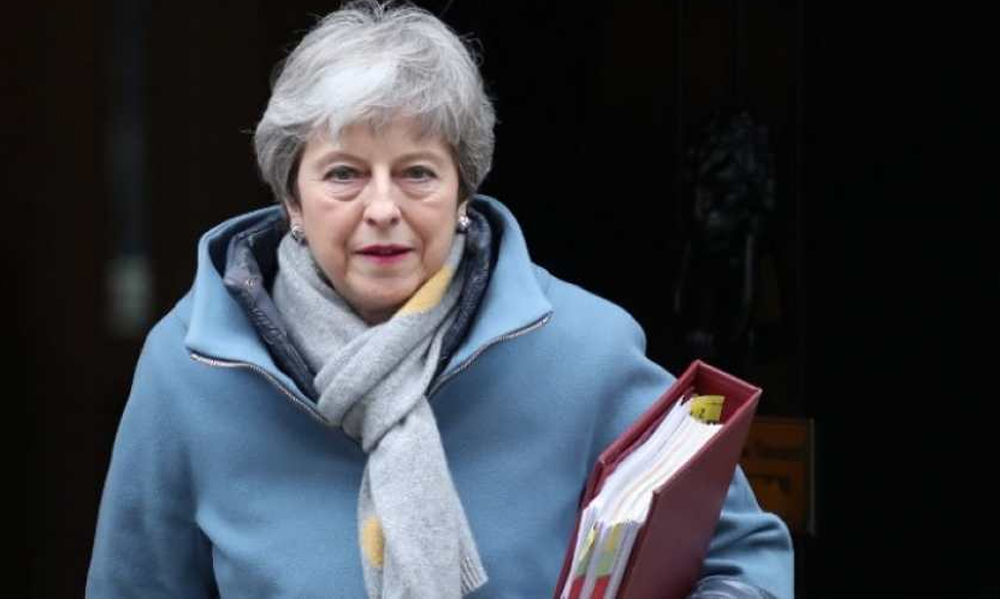 London: British Prime Minister Theresa May asked the European Union leaders on Wednesday for a three-month delay to Brexit amid continued political dea...

London: British Prime Minister Theresa May asked the European Union leaders on Wednesday for a three-month delay to Brexit amid continued political deadlock in London, but Brussels warned the postponement carried "serious legal and political risks".

Exactly 1,000 days on from Britain's seismic 2016 referendum vote to leave the European Union and with just nine days left until the scheduled departure date, the divorce deal is blocked in parliament and political turmoil grips the country.

Faced with the potentially catastrophic impact of Britain leaving its biggest trading partner with no deal on March 29, May said she would try one last time to pass her deal next week.

If it passes, it would still need to be ratified, and she told MPs she has written to EU President Donald Tusk asking to push Brexit back until June 30.

If she fails a third time, May said parliament would have to decide what happened next -- but said she viewed any longer extension as "a failure to deliver on the referendum decision".

She hinted that her own future was on the line, saying: "As prime minister, I am not prepared to delay Brexit any further than June 30."And the prospect of Britain having to hold European Parliament elections at the end of May would be "unacceptable", she said. May will travel to Brussels on Thursday for an EU summit where she will put her request in person to the other 27 EU leaders, who must unanimously approve any delay.

But European Commission President Jean-Claude Juncker said it was unlikely they would reach a decision without a clear signal from London on what MPs want, suggesting another meeting might be needed next week. The European Commission, the EU's executive arm, also warned EU leaders against the June 30 date saying a shorter delay to May 23 or a longer one to "at least until 2019" would be preferable.

May's original plan to hold a third vote this week, before the EU summit, was dramatically blocked by Commons speaker John Bercow, who said May could not keep bringing the deal back to MPs without changes.

European leaders are now demanding Britain tells them clearly what it wants. "As long as we don't know what Britain could say yes to, no decision can be taken on our side either," Juncker told German broadcaster Deutschlandfunk.

He said the deal agreed was the final offer, warning: "Nothing more can be done, we've reached the end of the road.

"If other scenarios are being discussed, we'd need a new road."Juncker said