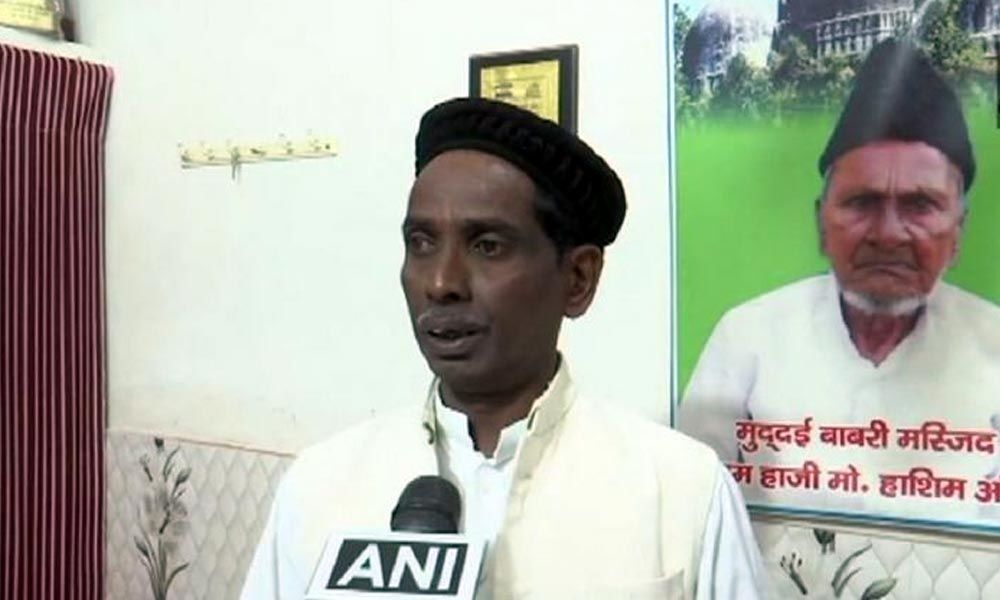 Iqbal Ansari, one of the main litigants in the Babri Masjid dispute, was on Tuesday allegedly physically assaulted at his house here by two people...

Ayodhya: Iqbal Ansari, one of the main litigants in the Babri Masjid dispute, was on Tuesday allegedly physically assaulted at his house here by two people who, he claimed, threatened to kill him if he did not withdraw the case.

His security personnel intervened and saved him from the attackers who were detained by police. Ansari told PTI that on Tuesday afternoon, a man and a woman reached his residence. "The woman introduced herself as Vartika Singh and claimed that she was an international shooter. They asked me to withdraw my claim from the dispute, threatening that she would otherwise shoot me," he said.

"They then attacked me but I was saved by my security personnel," Ansari said, adding that he did not sustain any injuries in the attack. Talking to PTI, Faizabad Superintendent of Police (City) Vijay Pal Singh said, "We have detained them." When asked whether the police have filed an FIR, he said, "I will let you know". The Supreme Court on Tuesday sought responses from two persons for allegedly threatening senior advocate Rajeev Dhavan for taking up the case on behalf of the Sunni Waqf Board and other Muslim parties in the Ram Janmabhoomi-Babri Masjid land dispute matter.

Dhavan had filed a contempt petition against two persons, N Shanmugam, a retired education officer, and a Rajasthan resident, Sanjay Kalal Bajrangi, for allegedly threatening him for appearing for Muslim parties.