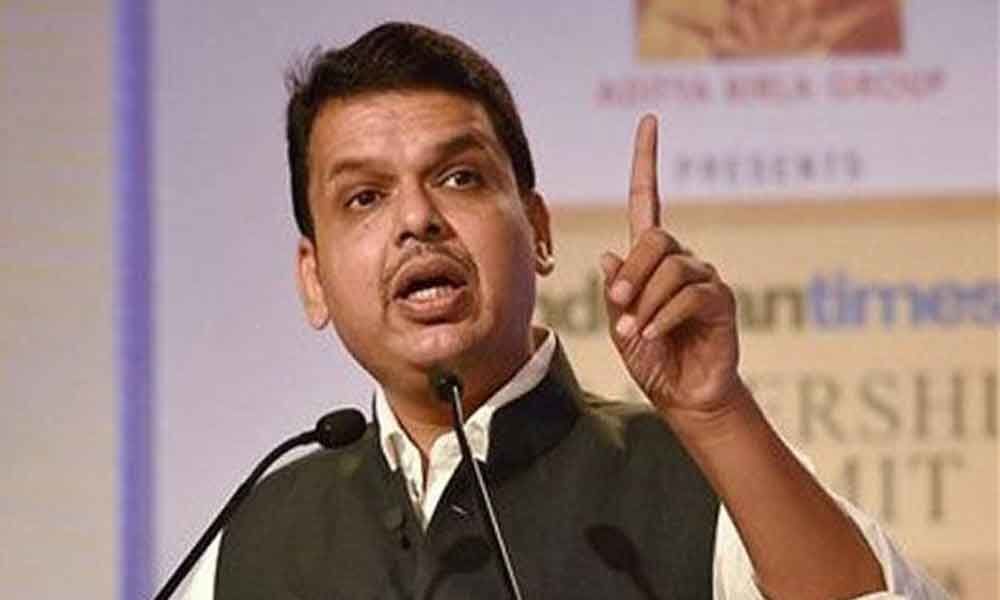 The Congress faced defeat in the Lok Sabha, Vidhan Sabha, zilla parishad and other local bodies polls, the chief minister pointed out.

Wardha: In a sharp attack on the Congress, Maharashtra ChiefMinister Devendra Fadnavis on Monday accused it of fooling the public for 50 years and claimed its leaders were again doing so in the run-up to the Lok Sabha polls.

Addressing a rally at the BJP-Sena alliance's poll campaign in Wardha district of Maharashtra, he expressed confidence that people will help the BJP emerge victorious in the upcoming election. In 2014, the BJP-Sena alliance won all 10 Lok Sabha seats in Vidarbha, Fadnavis said, adding that in the upcoming polls also the saffron coalition will have a clean sweep in the region. "In some countries, April 1 is celebrated as April Fool's Day.

In our country also, one party fooled the public for 50 years and their leaders have again come out to do so. But, people will not be fooled again, they will support the BJP in this election," he said. Mocking the opposition, he claimed the Congress has aligned with 56 parties for the Lok Sabha polls.

"You don't need 56 parties to run the nation, but a 56 -inch chest to serve the people, which Prime Minister Narendra Modi has," Fadnavis said. Referring to Congress' defeat in the 2014 polls, he claimed Mahatma Gandhi once called for dissolving the grand old party. "The reason for holding our first rally in Wardha is because in the last election, you fulfilled the dream of Gandhiji to immerse the Congress in Wardha," he said in sarcastic remarks.

The Congress faced defeat in the Lok Sabha, Vidhan Sabha, zilla parishad and other local bodies polls, the chief minister pointed out. He claimed that the NDA government under Modi's leadership removed the injustice meted out to Vidarbha region. "We have done so much work in the areas of irrigation, agriculture and electricity in five years that could not be done by the previous government in 15 years," he said. Around 50,000 hectare land in Wardha was brought under irrigation, he said. Also, while the previous Congress-NCP government waived farm loans worth Rs 52 crore in Wardha, the BJP-led dispensation provided debt relief of Rs 498 crore to cultivators in the district, he added.