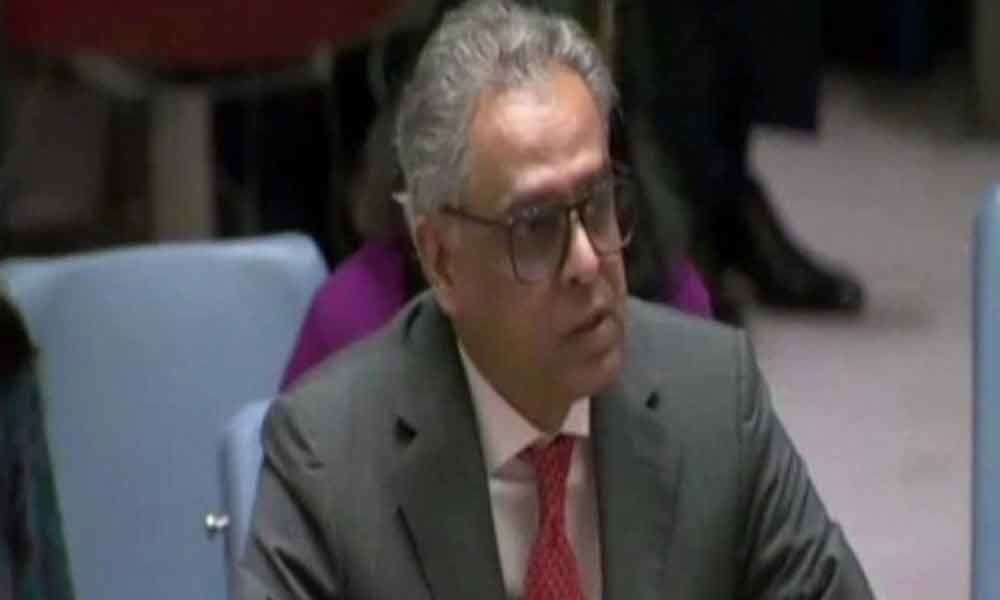 FATF has put Pak in the dock for terror financing and there is a possibility of sanctions to be imposed and to be put in greylist.

New Delhi/New York: Welcoming the recognition in the resolution of the essential role of the Financial Action Task Force (FATF) in setting global standards, India's permanent representative at the United Nations, Syed Akbaruddin on Friday said the states who are "apologists" for terrorists will continue to provide alibis to justify their actions and inaction.

Akbaruddin also said 'serial offenders' will continue to support terrorism, in a veiled reference to Pakistan.

"Terrorists are going to be more creative in finding ways to violate the rule book also the unfortunate reality is the states which are apologists will continue to provide alibis to justify their actions and inactions to as was done by a serial offender earlier today," he noted.

Global momentum to rein in terrorism is picking up after the US moved a resolution against Jaish-e-Mohammed chief Masood Azhar. Now, the UN Security Council has adopted a resolution to combat the financing of terrorists. It has linked FATF with the UN.

Asserting that the global community is impatient for action, Akbaruddin said, "We welcome the recognition in the resolution of the essential role of FATF as a saying goes the proof of the pudding is in its eating, the utility of any resolution will, therefore, be in its implementation."

FATF has put Pakistan in the dock for terror financing and after review, there is a possibility of sanctions to be imposed and Pakistan to be put in greylist.

Stating that effective and sustained efforts at countering terror financing is at the heart of the issue of addressing terrorism, Akbaruddin added, "Terrorists rely on resources to sustain themselves and their activities across the world. We, therefore, welcome this initiative to bring together, in a comprehensive manner, various existing norms and regulations. It is a milestone in global efforts to set up a normative framework to criminalize terrorist financing."

It is strategically very important for India that UNSC will collaborate with FATF to punish states involved in terror financing.

India also emphasised that non-compliance of crucial sanction measures in case of UN proscribed terrorists, entities render all the member states at high risk of challenges from these terrorist groups/organisations who are well funded and armed despite international measures.

India's permanent representative to the UN said, "Nevertheless we the international community need to be determined to continue evolving our toolbox and go by our rulebook rather than distracted and stray from our determination. The global community is impatient for action, going forward, UN collectively needs to do more and do it more effectively, for its part India will be a willing partner in this endeavour"

India said combatting terrorism is viewed by many states as fundamental security policies that require global responsiveness. India also termed the UN's move as a milestone in global efforts to set up a normative framework to criminalise terrorist financing.

Akbaruddin said, "Effective and sustained efforts in countering terrorist financing is at the heart of the issues addressing terrorism, therefore, we welcome this initiative to bring together in a comprehensive manner various existing norms and regulations."