In a real-world scenario, these go-fast machines have to find solace being garage queens since there-'s no place for them to let loose.

A year ago, when I drove the X5M and the X6M around the track, the whole point of having 500+ horses in a vehicle that weighed as much as my apartment seemed slightly futile to me. Realistically, they will find a spot in a sea-facing apartment in Mumbai, the roads to which, more often than not, are as crowded as the Ramleela ground during Dussehra. So, in a real-world scenario, these go-fast machines have to find solace being garage queens -- since there's no place for them to let loose. 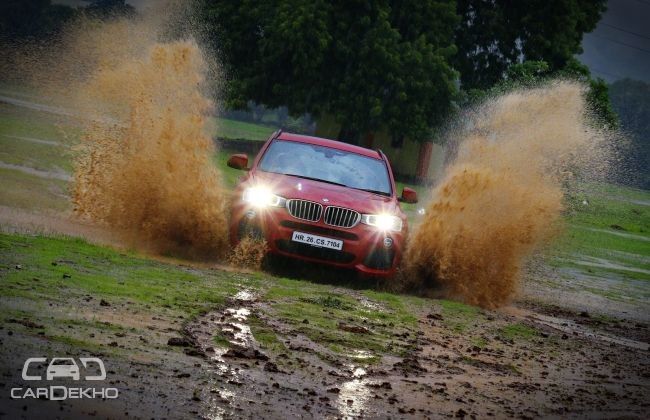 That brings me to my point of 'usable power', something that the car in question has in oodles. It isn't as gigantic and imposing as the X5/6, nor does it have a fire-breathing V8 under the hood. It's an X3, with a modest 3.0-litre diesel. But, for the urban environment, it has all the presence and all the power you'll ever need. Why do I say that? Read on.

The second generation of the X3 has been around for nearly half a decade. However, aesthetics have never been a strong point for the car. The facelift, that was dished out last year, hasn't done much to make amends either. The X3 feels half a size larger than its immediate rivals, such as the Mercedes-Benz GLC and the Range Rover Evoque. The proportions are just right to scare off a pesky autorickshaw or make the over-zealous cab think twice about cutting you off. 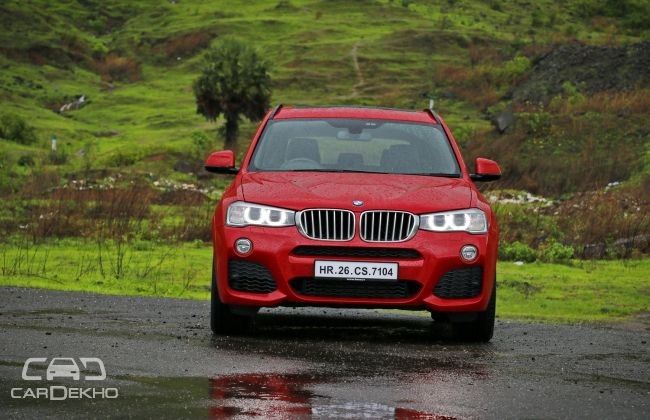 We like how the design is on the aggressive side (unlike, say, the GLC) and makes people take note. Elements that make a BMW a BMW are in place too -- the squared-off corona rings, kidney grille and the clean lines all find a spot on the X3. That said, the wheels could've been much better and the tiny '///M' badge on the front fender looks like an afterthought. 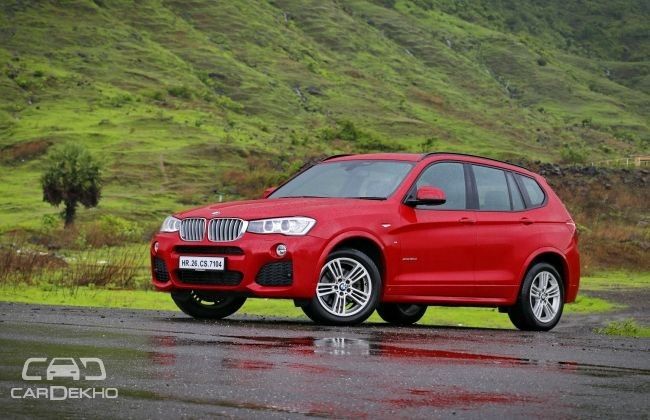 The facelift does breathe some new life into the decade-old design, but it does struggle to come across as a good-looking car. It might not be as aesthetically appealing as an Evoque, but it does just enough to command some attention -- especially in this particular bold lipstick-red shade.

The insides of the X3 is standard BMW fare. As much as we'd like to see different designs, the 'one-brand-one-look' formula is here to stay. If you have been inside any car from the Munich-based manufacturer, everything will seem familiar. The layout is straightforward, but ever so slightly cluttered. 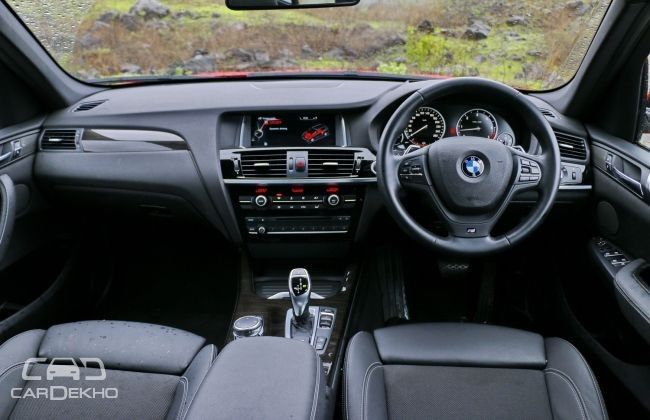 Our test car wore an all-black theme, with a few glossy black and wood trimmings splattered on the dash and the door pads. The dash houses a large 8.8-inch screen that functions as a single-point interface for everything on the car. Mated to BMW's 'iDrive' system, the screen is your source for audio, navigation and everything in between, including the owner's handbook. The single rotary dial next to the gear lever controls all of it and is slightly difficult to get used to. However, spend some time fiddling with it, and you'd get the hang of it. The M Sport also gets a 600W, 16-speaker Harmann Kardon sound system, which sounds really nice. Other goodies include a heads-up display, handwriting recognition and a 20GB storage space for the music and maps. 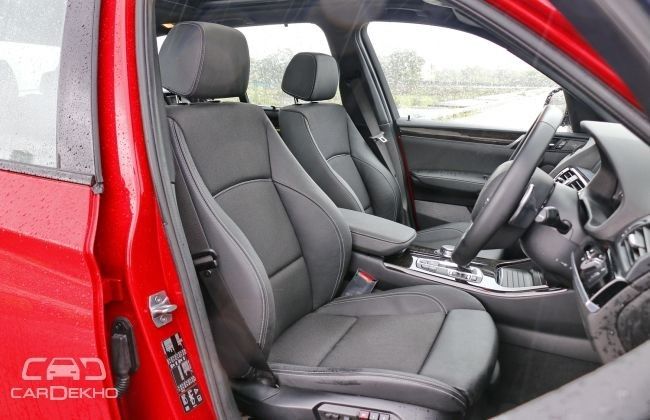 The driver's seat is definitely the 'seat to be in' in the X3 M Sport. The 'sports seats' -- available only on the M Sport -- are supportive and hold you in place superbly even when you're attacking corners you shouldn't be. The cushioning is slightly stiff, which can be hard on the back for everyday commutes, especially for the elderly. The rear bench has more than adequate legroom, and headroom is generous as well. That said, we do have a few complaints here. First, the seat squab isn't long enough, which robs passengers of under-thigh support. Second, the seatback felt slightly upright for my liking. That, coupled with the 'knees up' sitting posture, will get uncomfortable over long distances. Third, it is practically a four-seater, thanks to the huge transmission tunnel that runs through the middle of the floor. 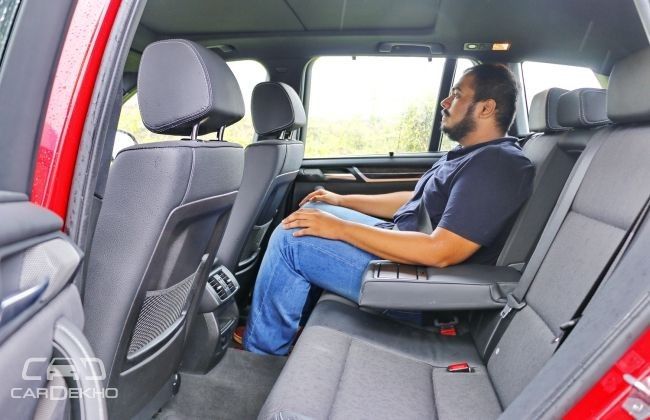 It is a thoroughly practical machine, though. There are plenty of cubbyholes for the knick knacks, and a large 550-litre boot that can swallow the weekend luggage easily. The rear bench gets a nifty 60:40 split, just in case you plan on moving a bed or two.

You know a car is quick when it weighs close to two tonnes and still manages to crack 100kmph in under six seconds. The 3.0-litre, six-cylinder powerplant's party trick is its ability to put a wide grin on your face when you stomp on the accelerator. 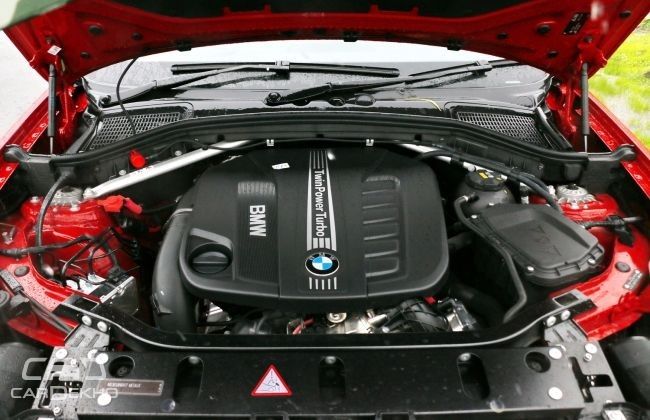 Turbo lag isn't a concept that the motor understands, apparently. Power is available pretty much from the get-go. There's oodles of torque at your disposal, and the eight-speed ZF does a stellar job of harnessing it. Shifts are seamless, barely noticeable and, most importantly, happen just when you'd want them. We rarely used the steering-mounted paddle shifters; it's THAT good. Also, if you're hell-bent on wringing out every last drop of the 560Nm of torque, the gearbox will hold on to the revs right up to the redline. 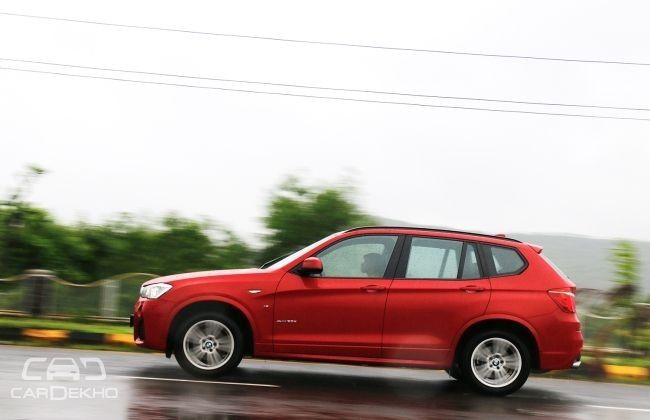 Unlike the Expedition and xLine trims, the M Sport gets a Sport+ mode other than the usual Eco Pro, Comfort and Sport. In addition to calibrating the steering, suspension and the engine to their most fierce setting, it also backs off the DSC (Dynamic Stability Control) system to let you have some fun. Now, going tail-out in a behemoth is quite an experience, and weirdly enough, the X3 feels relaxed while at it. In case you are a bit too zealous in your sliding endeavours, you may rest assured, for electronic wizardry will save you. 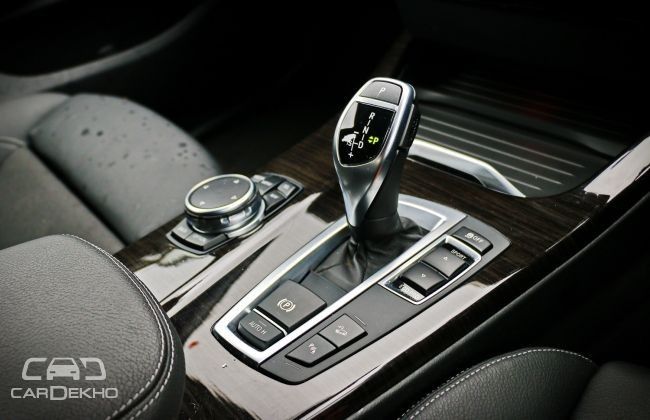 When you aren't trying to shred tyres or win traffic-light drags, the X3 feels happy trotting about the urban environment calmly. Like we said, there isn't any lag that bogs you down in traffic, and the gearbox selects gears really well. That said, we looked for every little gap during our stint with the M Sport to exercise the throttle. Give it the beans and the motor is more than willing to push you into the back of your seat, as you hold on to the steering.

What we aren't too fond of, is the noise the engine makes. At start-up and idle, the motor sounds slightly coarse. Push the A-pedal into the mat, and the noise simply goes north. A little more sound deadening would've been nice.

The ground clearance is a healthy 211mm, which lets you dodge pretty much everything that our lovely roads have to offer. You can fly over broken tarmac, potholes, and mountain-sized speed breakers on which you would have otherwise slowed down in your low-slung sedan. For this reason alone, I'd pick it over its sedan counterpart. Because we all know what happens when you damage the pretty nose on a BMW. 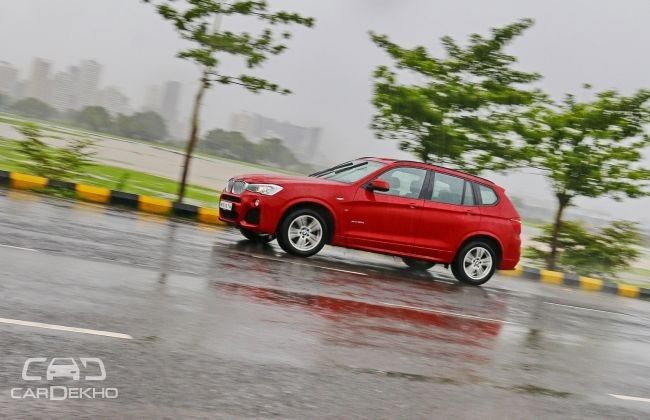 That said, I wish the ride quality were slightly better. While nothing upsets the ride as such, there's a lot of crashing and thudding, which can get annoying. Even in the most relaxed 'Comfort' mode, the ride isn't what you'd call plush. The flipside, of course, is that the stiff suspension lets you have some fun in the twisties. 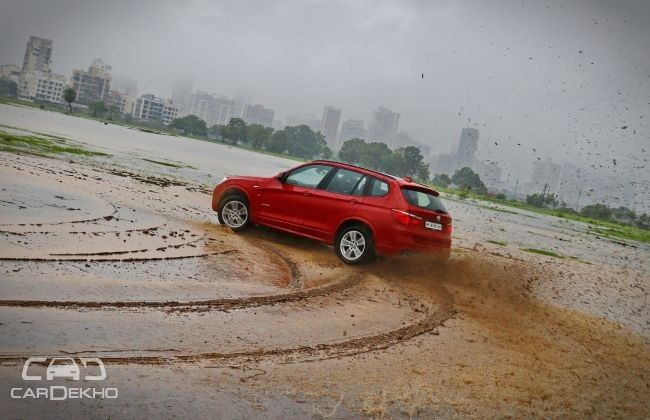 The steering, like most BMWs, is communicative and precise. It is heavier than you'd like at low speeds, making city trots slightly taxing. However, on the highway and around the ghats, there's nothing more you'd want. The weight feels just right, and there's enough feedback to let you push harder through a corner. That said, I wish BMW had thrown in the 'proper' M steering wheel (the one the 530d M Sport gets) into the package as well.

Being a bulky SUV, there is some inevitable body roll. However, it never gets unnerving or upsetting. Also, a tip of the hat to the sports seats again, which do a brilliant job of holding you in place. 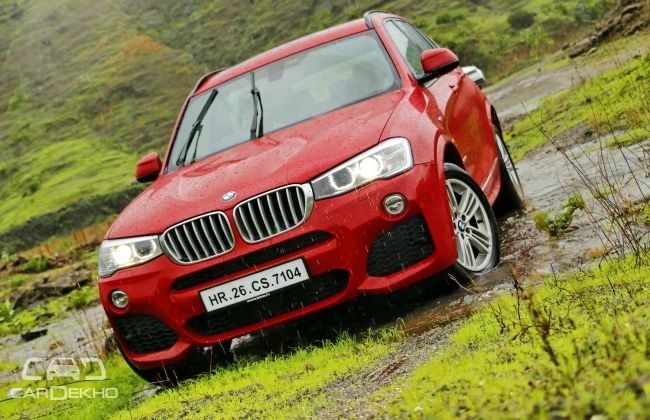 The X3, in its M Sport guise, is a great tool for anyone who likes their SUVs with some extra firepower and some extra flair. As I said at the outset, all of the power is thoroughly usable inside the city and out on the highways. But, weirdly, that's about it. It's the most dynamically sound SUV in its class, and there's nothing that'd come close in a straight-line sprint. But we'll leave you with some food for thought. For day-to-day use, the lower, 20d variant does fairly well, is a lot more efficient, and costs nearly Rs 10 lakh less!