Sneak peek into 2017 Kia Rio ahead of Paris debut 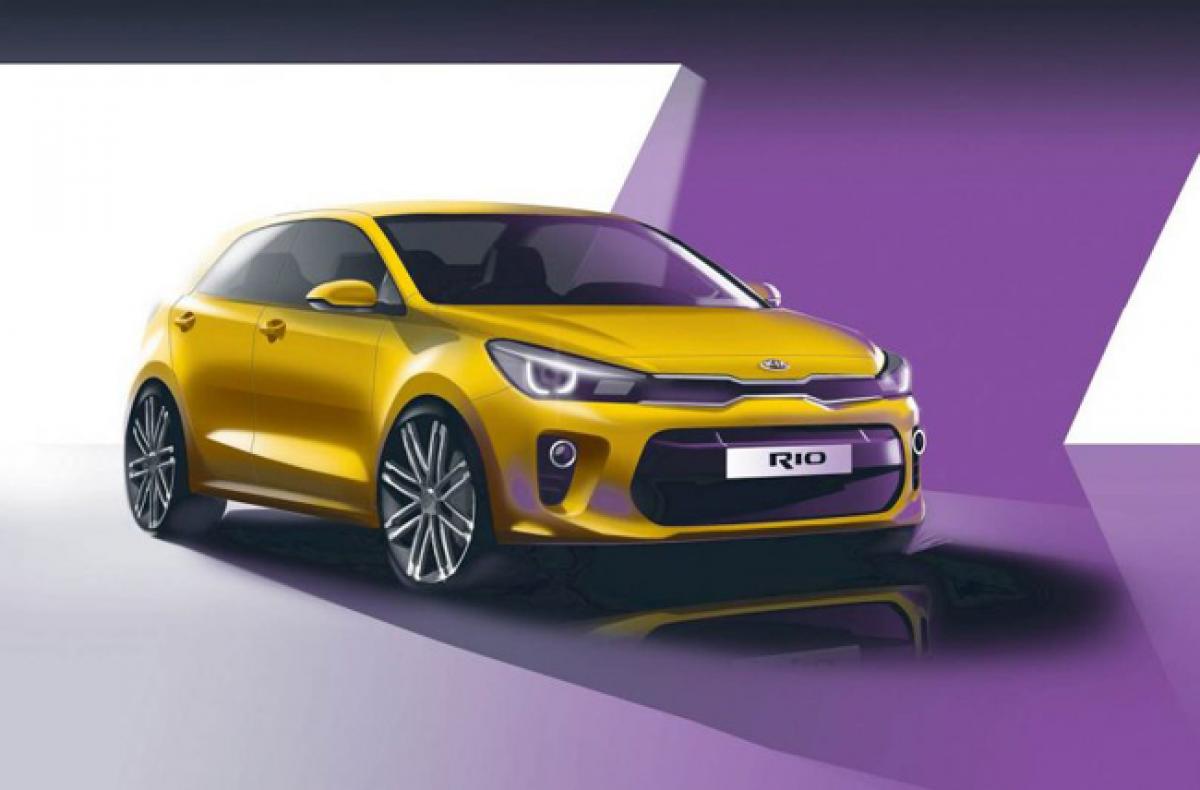 The 2017 Kia Rio premium hatchback has been teased in the form of official sketches ahead of its world debut which is scheduled to take place at the Paris Motor Show in October.

The 2017 Kia Rio premium hatchback has been teased in the form of official sketches ahead of its world debut which is scheduled to take place at the Paris Motor Show in October.

The South Korean automaker’s best selling model across the globe will enter its fourth generation later this year. The third gen model which was launched in 2011 has a rather short lifespan.

The sketches show that the 2017 Rio’s styling is an evolution of the existing model but the front fascia definitely looks smarter with its new grille, LED-infused headlamps and a prominent secondary air dam. The car is said to have a longer wheelbase than the outgoing model.

A short rear overhang and neat sheet metal design characterize the profile. The rear fascia looks a bit like the VW Polo.

Without divulging the tech details, Kia states that the new Rio benefits from improved safety, connectivity, and handling. The hatchback which is closely related to the Hyundai Elite i20 is all set to enter Europe later this year. A hotter Kia Rio GT is rumored to be in the works for 2018 debut.

The Kia Rio is also available in sedan avatar in some markets like the USA. The three-box version of the latest model is likely to be unveiled few months down the line.

Kia is gearing up to foray into India with a full fledged manufacturing facility. The Rio could be one of its primary pillars in our market.