Will Kia do kamaal in India? 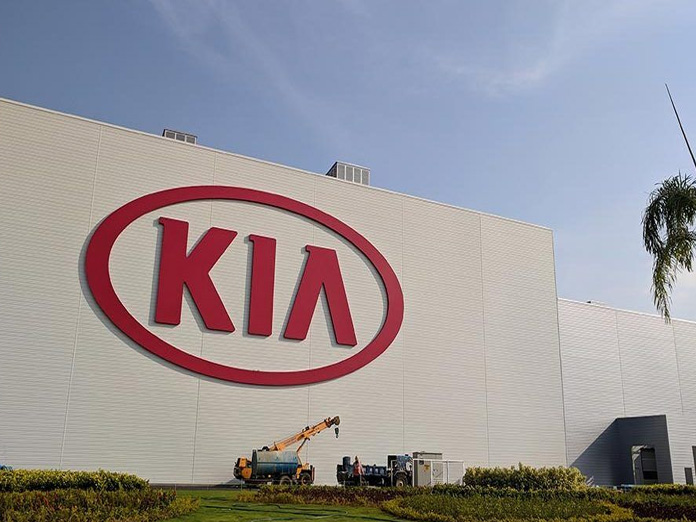 For many people, Rayalaseema conjures up many things bad factionism, bloody political rivalries, extortions and what not But once the land of polygars and feudal lords, this arid region is changing fast now From Sri City, the hotbed of foreign investment in Chittoor district, to electronics manufacturing units in the temple town of Tirupati,

For many people, Rayalaseema conjures up many things bad- factionism, bloody political rivalries, extortions and what not. But once the land of polygars and feudal lords, this arid region is changing fast now. From Sri City, the hotbed of foreign investment in Chittoor district, to electronics manufacturing units in the temple town of Tirupati, the region, once ruled by Krishnadevarayalu as part of Vijayanagara Empire, is fast transforming into an industrial hub. But the crowning glory of otherwise backward region is the arrival of Kia Motors, the South Korean automaker which has presence across 80 countries and 14 plants worldwide.

I was present at the recent trial production inauguration of Kia Motors' 15th plant coming up near Penukonda in backward Anantapur district in Andhra Pradesh. The $1.1-billion plant, located in 536 acres of land surrounded by denuded hills and hillocks near Erramanchi village, presents a pleasing sight. It has no doubt transformed the entire area and enhanced the image of Anantapur, putting it on the global automotive map. As Ramanjaneyulu, a local electrician, revealed to me, land prices in the area went up 10 times after the entry of the carmaker. That's a good sign indeed.

But will Anantapur plant bring good tidings to Kia in India? Pricing, positioning, quality and service hold key to Kia's success in India. As many may not be aware, Kia Motors is the sister concern of Hyundai Motors, the second largest carmaker in India. If Kia is under any impression that it will be a cakewalk for it in the country and will succeed on the lines of Hyundai, it is dead wrong.

Hyundai entered India at a time when Maruti Udyog Limited, now Maruti Suzuki, had a near monopoly on the Indian roads. It had ample time on hand to understand the Indian market. It patiently waited for opportunities and put right gears at right time. That is not the case now as almost all big global auto giants have a presence in the Indian market. Of course, some of them even exited the country with bruised hands and dented fronts.

The problem with Indian market is that it’s complex in nature and its dynamics are different from other countries. In India, small cars account for 70 per cent of sales. The automaker which understands the dynamics of India's small car market and churns out products to suit it will succeed here. Therefore, Kia's task is cut out and it needs to chart out its path with diligence and deep thought. To begin with, it can ask the Andhra Pradesh government to offer road tax incentives for those who buy Kia vehicles in the Telugu state.

During the impromptu media interaction at Kia plant post the trial run inauguration in the last week of January, I asked Chief Minister N Chandrababu Naidu whether his government would offer any road tax incentives for Kia customers. There was a valid reason for me to pose the question. Earlier in the inaugural speech, he made a fervent appeal to Andhra Pradesh people to buy Kia vehicles as 'it is our brand'.

Responding to my question, the Chief Minister said the government would work on it. I have a gut feeling that the Andhra Pradesh government may announce tax incentives for Kia car buyers if the South Korean carmaker pursues the issue with the government. For, the AP government's effort to turn Anantapur into automobile hub depend on the success of Kia Motors in Indian market. That way, success of the South Korean automaker will be more useful to Andhra Pradesh and Anantapur than the automaker itself.

Nonetheless, it is not quite often that development works pay electoral dividends for political parties. That's reason why the Narendra Modi government took to populist route in the recent Union Budget. But Kia's arrival in Anantapur seems to have tilted scales in favour of ruling TDP. “This time also, TDP will have upper hand in the district,” Ramanjaneyulu told me. But the key question is whether these positive vibes will last till elections. Further, rival YSRCP may devise a counter-strategy to checkmate TDP's popularity in the backward district.

However, the electrician says that people are apprehensive of losing Kia project if TDP is defeated. The fact of the matter is that Kia will stay put in the Anantapur district irrespective of whoever wins the next elections. But that's how elections are fought. In love and political war, everything is fair! This applies to Kia also, which needs to wage a complex war in the highly-competitive Indian automotive market!