DNA analysis reveals four species of giraffe, not just one 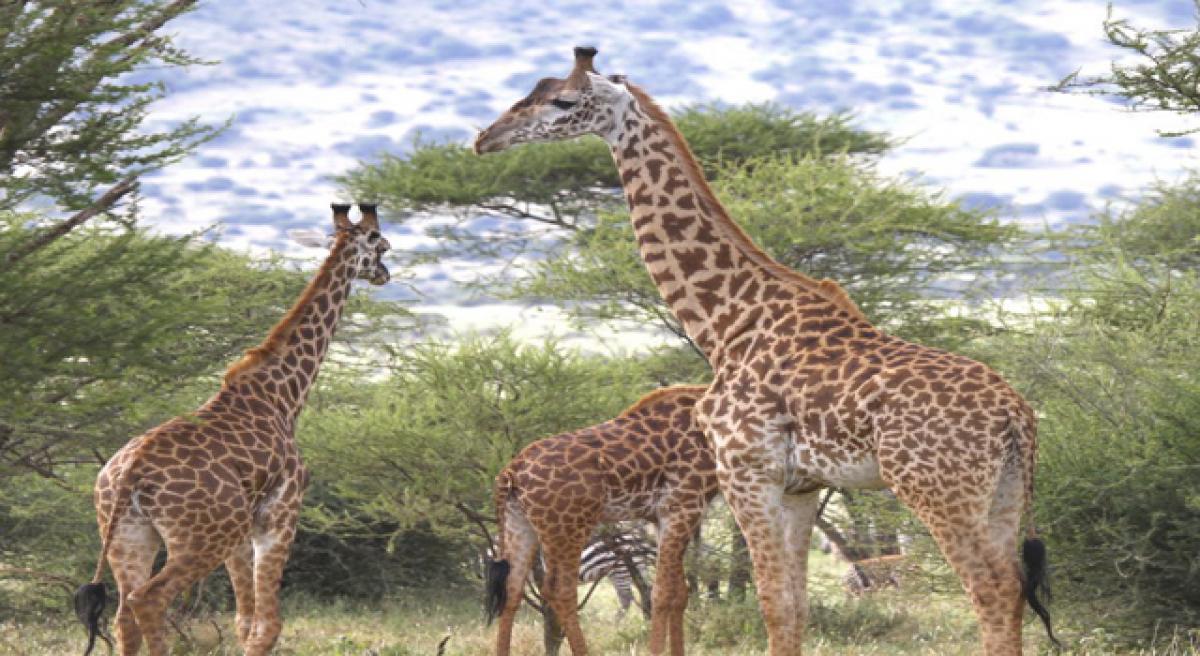 Scientists have, in a genetic analysis, found that giraffes are actually not one species, but four. Up until now, they had only recognised a single species of giraffe made up of several subspecies.

​London: Scientists have, in a genetic analysis, found that giraffes are actually not one species, but four. Up until now, they had only recognised a single species of giraffe made up of several subspecies.

"We were extremely surprised, because the morphological and coat pattern differences between giraffe are limited," said Axel Janke, a geneticist at the Goethe University, at Frankfurt, in Germany.

Giraffes are also assumed to have similar ecological requirements across their range, he added. However, the findings revealed that the four distinct species of the tallest animals in the world are genetically at least as different as brown and polar bears.

In the study, the research team examined the DNA evidence taken from skin biopsies of 190 giraffes collected by Giraffe Conservation Foundation in Namibia from all across Africa. The extensive sampling includes populations from all nine previously recognised giraffe subspecies.

The elusive Nubian giraffe from Ethiopia and the South Sudan region was the first described some 300 years ago, and is now shown to be part of the northern giraffe, the researchers said.

Giraffes are in dramatic decline across their range in Africa. Their numbers have dropped substantially over the last three decades, from more than 1,50,000 individuals to fewer than 1,00,000.

For example, the northern giraffe's number is less than 4,750 individuals in the wild, and reticulated giraffe number less than 8,700 individuals -- as distinct species, it makes them some of the most endangered large mammals in the world, the study observed.

The discovery has significant conservation implications on the urgent need for further study of the four genetically isolated species as well as for greater conservation efforts for the world's tallest mammal, the researchers concluded in the paper published in the journal Current Biology.